Transportation of the high-level vitrified wastes to Aomori from U.K.

Cabinet establishes Nuclear Safety Agency
On August 15, a Cabinet decision combined the Nuclear and Industrial Safety Agency (NISA) with the Nuclear Safety Commission (NSC) to form the Nuclear Safety Agency, affiliated to the Ministry of the Environment. Up to now, the NSC was an advisory committee to the Prime Minister, and NISA had been affiliated to the Ministry of Economy, Trade and Industry (METI).
For quite some time, there have been strong opinions advocating NISA’s independence from METI, which promotes nuclear power. METI was reluctant to allow the separation of NISA, but the situation took on a changed complexion as criticism focused on NISA’s approach to the crisis during the early stages of the Fukushima Daiichi nuclear accident. The separation was accelerated when it was discovered that NISA had instructed electric power companies to arrange for nuclear power proponents to express opinions supporting nuclear power at METI-sponsored symposiums and hearings.
The creation of the Nuclear Safety Agency has raised many doubts as to whether its independence can be protected as a regulatory agency. Also, by integrating NSC with NISA, the double-check function of the NSC will be lost, despite the notion that it might be better to strengthen the double-check function. There also remain doubts as to how moving the affiliation from METI to the Ministry of the Environment will solve the problem. While the Ministry of the Environment may not promote nuclear power as forcefully as METI does, since the independence of the new agency cannot be guaranteed, nothing much will change.
More than anything, the problem is that it appears that the same people who staffed the NSC secretariat and NISA are to be transferred to the Ministry of the Environment. With their engrained attitudes toward nuclear power, it is unclear whether or not they will be capable of assuming the consciousness of a serious regulatory administration.

Tomari-3 moves to commercial operationOn March 7, just before the Fukushima Daiichi nuclear accident, Hokkaido Electric’s Tomari-3 reactor (PWR, 912MW) began test operations, the last stage of regular inspections. Four days later the accident occurred, and the Governor of Hokkaido, based on concern from the citizens of Hokkaido, told the government not to proceed with the final approval to allow the Tomari-3 reactor to transition to commercial operation. Over five months passed and test operations continued, but then having altered the Governor’s stance toward the government, the governor gave the go-ahead, and on August 17 the reactor was considered to have passed inspections and transitioned to commercial operation.
Had the governor not given the go-ahead, operation of the reactor would have stopped, and if nuclear reactors in other areas do not resume operations, by March 2012 all nuclear reactors in Japan could have been in cold shutdown. The Tomari-3 reactor has resumed operation, but if it stops due to an accident it may still be possible that all Japanese nuclear reactors could be in cold shutdown next year. 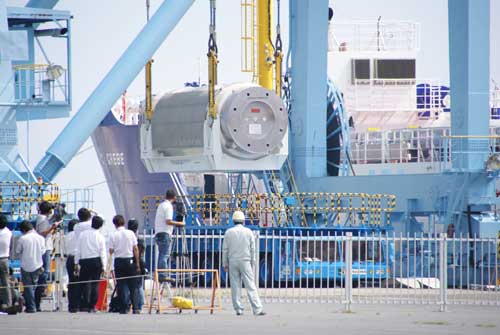