By Eriko Arita, The Japan Times 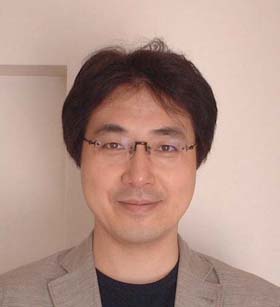 Tetsunari Iida set himself the task of democratizing Japan’s energy policy, which has long been decided only by bureaucrats and electric power companies. The outspoken activist is calling for the adoption of a more flexible and diverse scheme for energy and the introduction of a market mechanism to promote the use of environmentally sustainable energy sources.

While European countries such as the U.K. and Germany aim at increasing use of electricity from renewable sources to 10 percent of the total power supply by 2010, the Japanese government’s legislation targets at only 1.35 percent, according to Iida. The leader of the NGO points out other problems of the law, such as allowing use of power generation from wastes which emit carbon dioxide. He also criticized the legislation as ‘the law of bureaucrats’ freehand.’ Iida said that he continued to appeal to the government to improve energy policy and aimed to propose a bill to revise the law in future. Referring to the fact that the government is trying to legislate for securing supply of nuclear power, Iida said that he would oppose that movement, too.

Iida, who is also senior researcher in charge of environmental and energy policy at the Japan Research Institute Ltd., and a lecturer at a university in Kyoto, is calling for initiatives by local governments to decide their own energy policy. Participating in the panel of Nagano Prefecture on the issue of global warming and also that of Fukushima prefecture on energy policy, Iida has proposed promoting the use of renewable energy at local level. In recent years, increasing number of prefectures are becoming more positive in forwarding sustainable energy policies, for example, by adapting ordinances for promoting renewable energy, the researcher said.

Before turning to the citizens’ movement to proceed with sustainable ways of energy use, Iida was working in the nuclear power industry. He was in charge of managing radioactive wastes at a steel maker and was also sent to an institute where he worked with bureaucrats from the government ministries. However, he had doubts about the industry and the government, which put priority in building nuclear power plants and forced local areas to accept radioactive wastes. ‘I thought the industry is a ‘rotten world,” said Iida. ‘When I knew all about the industry, I felt that it was fruitless to continue the work there all my life.’ Quitting the company, he studied energy policies in Lund University in Sweden, where people decided to get rid of nuclear power, which had accounted for 50 percent of the power supply in the country.

Since coming back to Japan, Iida has actively spoken out on the energy issues in the mass media and introduced energy policies of Northern Europe to the public; last spring he translated a book by the Danish energy expert Jorgen S. Norgaard, which proposes a sustainable society and way of life. He also proposed an alternative energy plan to both the administration and citizens. ‘I want to succeed in democratizing the energy policy of Japan,’ said Iida. ‘Not just promoting a big political movement or asserting a claim loudly, I would like to make steady progress by promoting such substantial efforts as the citizens’ initiative to build windmills,’ he said.