WHO’s WHO: Shibahara Yōichi, a key person who passes down the story of how the Ashihama NPP Project was stopped 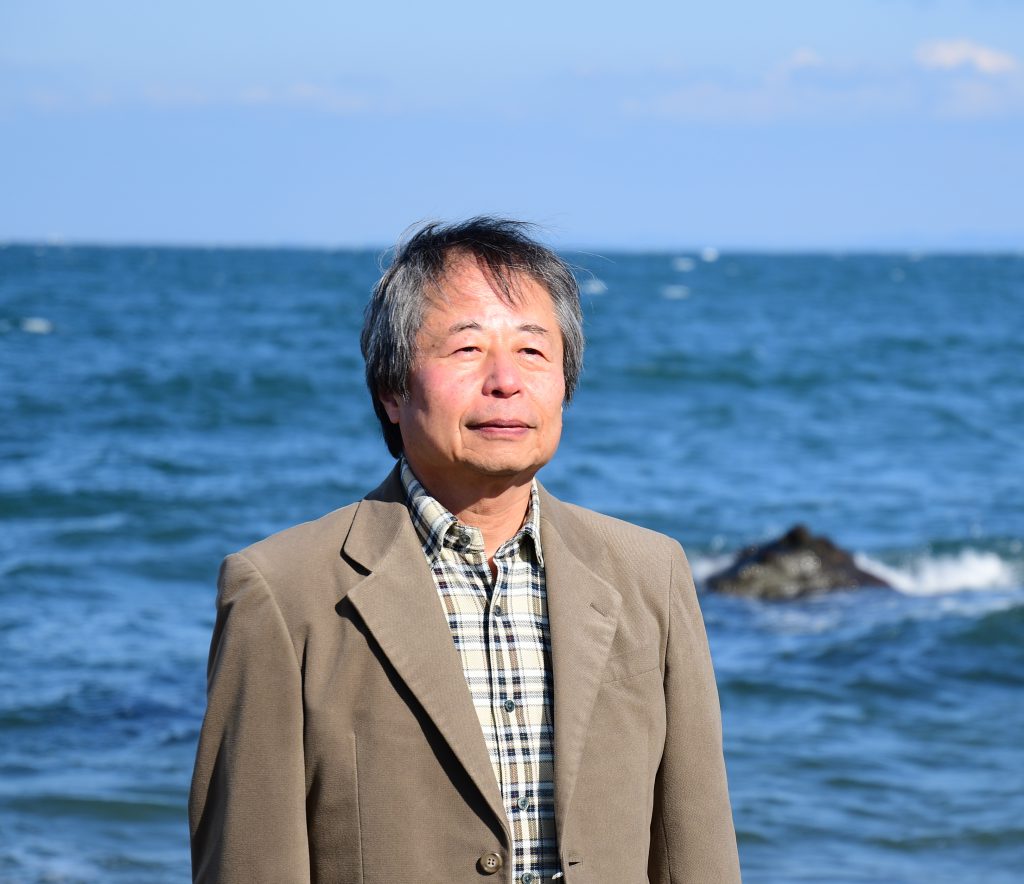 Mie Prefecture, located in the southern part of the mid-Japan region, where the biggest city is Nagoya, hosts no nuclear plants. This does not mean that no NPP plans have been proposed in the prefecture. Four areas were named as prospective plant sites, but all the projects were turned down by citizens’ movements. Amongst them was the Ashihama area, located on the eastern coast of the Kii Peninsula facing the Kumano Sea, where a big opposition movement led by fishing people twice threw out proposed NPPs. Shibahara Yōichi contributed to the victory in the second round of the fight.

Shibahara-san was born in 1953. He is a Mie native but is not from Nantō Town (present day Minami-ise Town), where the Ashihama NPP project emerged. In his recent book, How to Reject an NPP Project — My Fight against the Ashihama NPP (published in 2020 in Japanese from the Gettosha publishing company), he regards himself as one of the outsider citizens who gathered in the town to support the movement.

His activities as a supporter were extremely impressive: At 34 years of age, he was a high school teacher in Ise City, Mie Prefecture, but submitted a request for a move to the Nantō High School, and relocated there with his whole family. In the town, he was harassed by the local board of education, which was in favor of the project. He stood firm there for five years, rejecting repeated transfer orders. Harassing telephone calls and letters came to his home almost every day.

It was in 1963 that Chubu Electric Power released the plan for the construction of a nuclear plant in Ashihama. In the first round of the struggle, Nantō Town fishing people organized a big fleet of fishing boats and physically blocked the governmental inspection mission, causing the project to be cancelled. Shibahara joined the opposition movement in 1983, invited by a relative. In 1984, as soon as the second round of opposition to the plant broke out, he acted as a liaison between local fishing people and ordinary citizens. The fight in the fishing village spread to a prefecture-wide signature campaign, and in the end the Mie governor declared the cancellation of the project in 2000, putting an end to the struggle.

Then the year 2011 came. It was close to three years after the author of this article moved to Mie from overseas to take up a new post. At the time, Mie was a completely unknown place to me. While being in a panic after the sudden Fukushima Daiichi nuclear disaster, I happened to find a gathering organized by a citizens’ group on the Internet and decide to participate. The group was named “People Against Nukes Mie,” and that was where I met Shibahara-san.

Since then, I have asked him many favors: “The story of Ashihama is very impressive. Would you show me around the site?” “I am organizing an Ashihama fieldwork trip for academics. Could you give us a lecture and show us around?” “Please take a group of students on an Ashihama hike.” “I would like to see all the four key sites in Mie. Please accompany me.” Shibahara-san always kindly accepted my bold requests.

Shibahara-san is now carefully watching for any sign of a possible third round of the Ashihama struggle and for the nomination of Ashihama as a candidate for the nuclear waste storage site, while trying to raise the next generation of citizens. He is closely cooperating with a group named Hahanowa (= ‘the mother’s circle’, based in Ise), which consists of women concerned about radioactive contamination. With a gentle manner, appearing youthful as if you might wonder if he will ever grow old, Shibahara-san has great mental strength and the ability to see things through in the face of difficulties, and thus is an extremely attractive character.

“This key person should extend his field of activity globally.” Believing so, I am planning to take Shibahara-san and Hahanowa members to Plogoff in western France, where, like in Ashihama, fishermen’s wives stopped a nuclear power plant project through sit-ins. The author hopes to realize a global citizens’ society there, when the coronavirus pandemic calms down.