CNIC Statement: Stop Running Away from the National Debate! 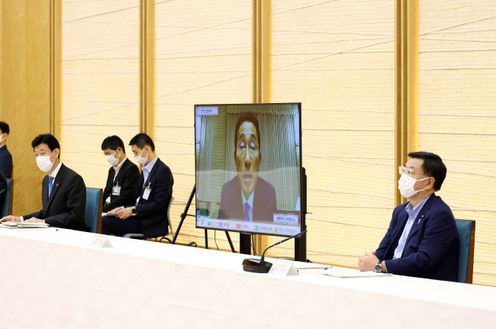 At the second meeting of the GX (Green Transformation) Implementation Council, the secretariat, in connection with nuclear power plants, presented the notion of a “concentration of the total power of all stakeholders for restarts, extension of lifetime operating periods with safety given the utmost importance, consideration for the development and construction of next-generation innovative reactors, and acceleration of the reprocessing, decommissioning and final disposal processes” as matters that require political decision-making to eliminate the “delayed energy policies.” Prime Minister Kishida indicated his policy on these points by stating, “Please accelerate these considerations based on the opinions of the ruling parties and experts such that a concrete conclusion can be reached by the end of the year.”

Thus far, senior government officials have repeatedly emphasized that the government is not currently considering replacing the existing nuclear power plants with newly constructed plants or building completely new ones. In addition, looking at various opinion polls it is clear that there is a general consensus in public opinion that nuclear power should be phased out in the future. Opinions are sharply divided over the restart of nuclear reactors. Against this backdrop, this current policy of the full utilization of nuclear power plants is an extremely rash move, and there is no denying that there is a sense of incongruity in PM Kishida’s statement.

The policy confuses several issues. Short-term measures for a tight power supply-demand situation have been confused with the restarting, extension of lifetime, and new-build nuclear power plants for long-term GX measures. Firstly, since the lead time for new-build nuclear power plants is more than ten years, they are absolutely useless for counteracting a tight power supply. In addition, as new nuclear power plants take ten years to come online and are then operated for more than 40 years, electrical power policy becomes fixed in place for long periods, which will be a hindrance to adaptation in this age of rapid change. Secondly, the restart of nuclear power plants is not something that is imposed by the government, but something that is approved through consensus-building in local communities. Thirdly, no matter what is happening in lifetime extension trends for nuclear power plants overseas, lifetime extensions cannot be discussed in Japan without considering the characteristic feature of this country as lying in a major earthquake zone. Fourthly, while the decommissioning of TEPCO’s Fukushima Daiichi Nuclear Power Station is not proceeding at all well, the question of how to dispose of the high-level radioactive waste that will inevitably be generated when nuclear power plants are in operation remains unresolved. Attempting to take advantage of the situation in Ukraine and the tight power supply-demand situation to coerce the use of nuclear power is tantamount to an act of intimidation toward the people of Japan.

In the eleven-and-a-half years since the accident at TEPCO’s Fukushima Daiichi Nuclear Power Station, power companies have spent more than 11 trillion yen to maintain and restart nuclear power plants. This is equivalent to the cumulative amount of the levy collected to promote renewable energy power generation. Although the central government and electric power companies refuse to admit it, it is clear that spending this amount of money on immobilized power sources will place a strain on other types of power investments. Moreover, as long as the situation in which the power supply from the restart of these huge nuclear power plants is uncertain, considering only the interests of the power companies, utilizing the existing obsolete power supply may be the right decision. However, vast amounts of time and money have been spent while many nuclear power plants lie idle, being unable to restart.

The government is trying to push through a policy of utilizing nuclear power plants as if this were the only thing that can be done. Japan, however, having experienced the accident at TEPCO’s Fukushima Daiichi Nuclear Power Station as a result of a blind rush forward into nuclear power utilization, needs to take the utmost extreme care with its nuclear power policy. The government should firstly stop avoiding, as it has done thus far, and face up squarely to the voices of the great number of Japanese people who are demanding a nuclear phaseout.