Who’s Who: Shimizu Toshiyasu-no matter how old he gets, people still call him by his nickname

By Kihara Shoji, Co-chair of the Hiroshima Chapter of the “Stop Kaminoseki Nuclear Power Plant Network” 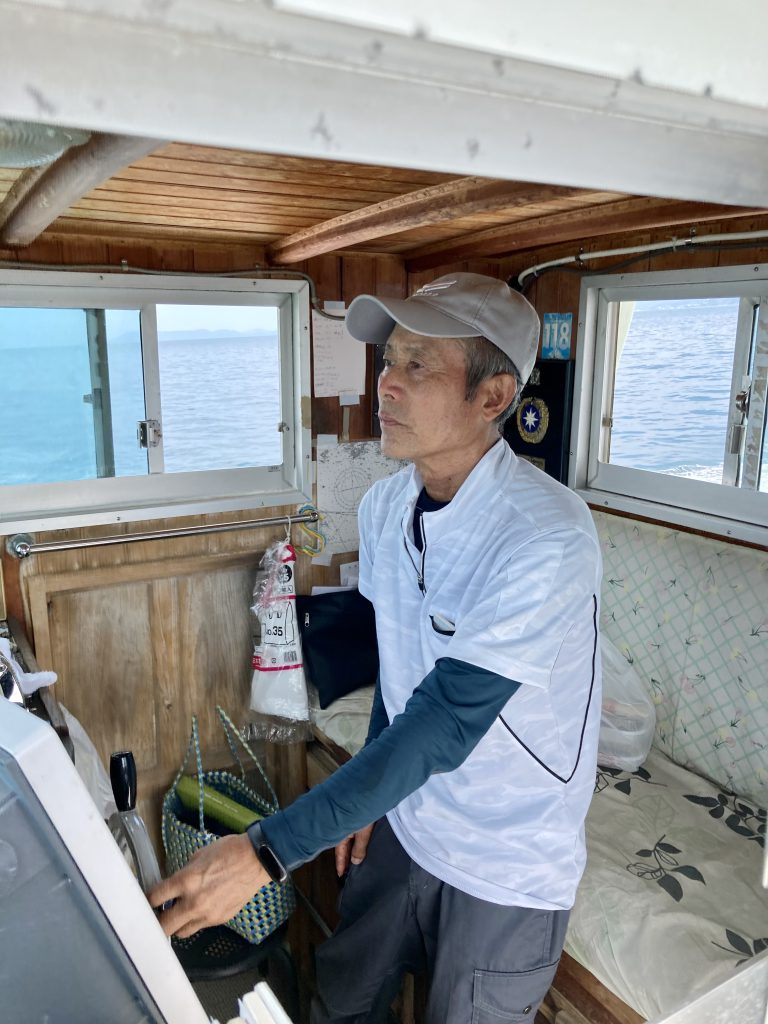 Mr. Shimizu Toshiyasu, was born on Iwaishima Island in Kaminoseki Town, Yamaguchi Prefecture in January 1955, and is 67 years old. Although he is an elderly person, he is usually called by his nickname, “Toshi-bo,” by the islanders because he is an amiable and benevolent person with a friendly smile.

It was in 1982 that a plan to build a nuclear power plant in Kaminoseki, Kumagegun, Yamaguchi Prefecture was made known to the public. This town is situated on the Seto Inland Sea. Mr. Shimizu was 27 years old at the time, and since then 40 years have passed. If it had not been for the revelation of the nuclear plant construction project, the islanders would have continued their ordinary lives, operating shipping and fisheries businesses. But the emergence of this issue totally changed their lives.

Since Iwaishima is an island that is not connected with the mainland by bridge, propane gas and other daily necessities as well as local specialty products, such as seafood products and fruit like loquats, need to be transported by ship. It sometimes happens that an Iwaishima resident who suddenly becomes very sick needs to be taken to a hospital on the mainland.

Iwaishima is located opposite from where the nuclear power plant is planned to be built on the mainland, a distance of about four kilometers across the water. When the nuclear plant project emerged, Mr. Shimizu worked as a young member of the local anti-nuclear group.

In 2011, when the nuclear accident occurred at Fukushima Daiichi Nuclear Power Station, he took over the group leader’s post from his predecessor and became the representative of the “Iwaishima Islanders’ Group against Construction of the Kaminoseki Nuclear Power Plant.” He has also served as a town assembly member for seven terms, for a total of 28 years. But he didn’t run in the latest town assembly election, held in February 2022, handing over the job to his eldest son, Yasuhiro.

As a town assembly member, Mr. Shimizu has many achievements. While making such efforts, he attached greatest importance to the activities for creating a hometown that did not depend on a nuclear power plant. Kaminoseki town is currently facing problems of aging and a declining population. These problems are especially serious on Iwaishima Island. As a result, the elementary school on the island has been closed for several years.

The anti-nuclear plant campaign on the island, however, has attracted the attention of an increasing number of young people in urban areas, and some of them have moved to the island recently. Some of the islanders who had worked in big cities also began coming back to the island to settle there. To such newcomers, Mr. Shimizu is taking a deferential and kind attitude, and for this reason, many of them regard him as someone like their own father.

Although forty years have already passed since the Kaminoseki nuclear plant project came to light, the facility has not yet been constructed and the outlook for the project is still rather vague. Nevertheless, the project has created a great fissure in island society and divisions between the groups of residents who are for or against the construction of the nuclear plant.

The biggest worry for Mr. Shimizu right now is the confrontation between the two groups of residents. He strongly hopes that this nuclear plant issue will be settled quickly and that he can return to his ordinary and peaceful life as soon as possible.

Whenever he goes to a local karaoke lounge, he usually sings his favorite song, the “Iwaishima Sanka,” a ballad in praise of Iwaishima Island that depicts the landscape and lives of the residents there. Another of Mr. Shimizu’s favorite songs is “My Grandson.” Of his four children, two got married and moved away from the island, and he is currently living with his wife, her parents, and another of his children. His eldest son, who is the town assembly member, is also living on the island with his wife and two children.