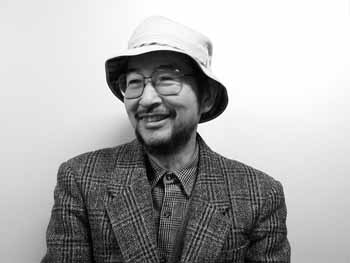 In July 2007, when the Chuetsu-oki Earthquake struck the Kashiwazaki-Kariwa Nuclear Power Station (KK), one man who was particularly concerned was Hiromitsu Ino. As a physical metallurgist, he had given evidence in the lawsuit calling for the closure of KK-1 on the grounds of cracking and deterioration of metal components. The lawsuit had only just finished when the earthquake struck.Professor Ino was one of four scientists and engineers who immediately after the Chuetsu-oki Earthquake established the Group of Concerned Scientists and Engineers Calling for the Closure of the Kashiwazaki-Kariwa Nuclear Power Plant (KK Scientists). They issued a statement on August 21, 2007 calling for the closure of the plant (see NIT 120). Ino has been their official representative ever since.

In the two years since the group was formed they have been very active, making submissions to the Nuclear and Industrial Safety Agency, to the governor of Niigata Prefecture and to the two subcommittees established by Niigata Prefecture in the wake of the earthquake, one to consider equipment integrity and earthquake resistance and safety and the other to consider the nature of the earthquake and the condition of the ground on which the plant is located. They have also issued four leaflets targeted at ordinary citizens. The first of these was published in English in Nuke Info Tokyo (NIT 123).

Ino studied internal friction in steel as a post-graduate student in the field of applied physics at Tokyo University. Thereafter he researched the microscopic structure of metals and alloys and contributed internationally in a wide range of materials science fields.

There are many superb specialists in all sorts of academic fields, but there is one important difference between Ino and a large percentage of these “experts”. That is that Ino succeeded in bridging the gap between specialist research and social activism. He didn’t achieve this by accident. As a young man he joined Yoshiro Hoshino’s History of Modern Technology Research Group. There he was trained in the ways of technology and society alongside other activist scientists including Jun Ui (chemist, environmental pollution issues including Minamata Disease), Yoshichika Yuasa (civil engineer, CNIC advisor) and Isao Yoshimura (statistician, chemical poisoning issues including thalidomide). It was the rigorous training he received under the guidance of Professor Hoshino that enabled him to bridge the divide.

Eventually he became involved in issues as diverse as lawsuits related to thalidomide and class discrimination. His scientific expertise combined with the experience he accumulated working on social issues led him to speak out about the social responsibility of scientists and technologists.

Ino held CNIC founder Jinzaburo Takagi in high esteem. Takagi succeeded in becoming a “citizen scientist” by deconstructing and reconstructing his own specialist field. Ino feels that he has not come so far. That is typical of his modesty. Anyone who has witnessed his work within progressive scientific networks including the Science, Society and Humanity Group and the Entropy Society will recognize this aspect of his character.

After working at Osaka University, Tokyo University and Hosei University, Ino is now an Emeritus Professor of Tokyo University. He is a founding member of the consumers’ group “Organic Farm Lifestyle Laboratory”, which places a high priority on socially and environmentally sustainable lifestyle.

A great deal of responsibility fell on his shoulders when he became representative of the KK Scientists group. The membership grew rapidly after the statement by the initial four members. They looked to Ino for leadership and he did not let them down.

*Yukio Yamaguchi is a CNIC Co-Director, a visiting professor of environmental science at Wako University and a former Tokyo University classmate of Hiromitsu Ino.