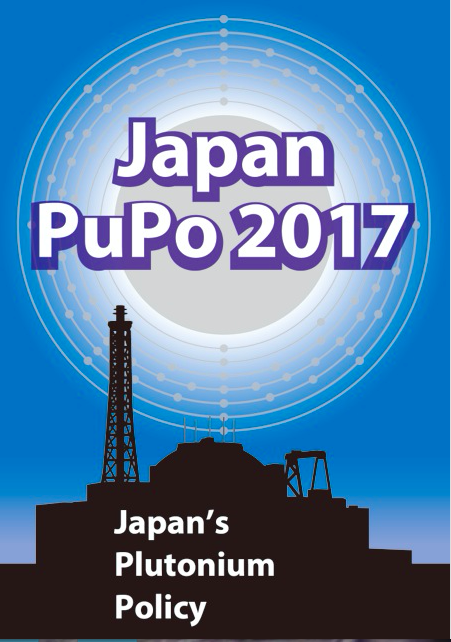 CNIC, along with the US based group Union of Concerned Scientists, will jointly organise an international conference on 23-24 February next year at the United Nations University, Tokyo. It will focus on Japan’s plutonium policy and the US-Japan 123 Agreement, which provides the basis for Japan’s reprocessing program. The present Agreement came into effect in 1988 and is valid for 30 years. Thus it is due to expire in 2018. The Agreement is subject to automatic renewal unless either party (Japan or US) notifies that it would like to negotiate changes. While it is most likely that the Agreement will be automatically renewed in 2018, CNIC is planning to use this opportunity to draw attention to the serious problems with Japan’s nuclear fuel cycle policy and the growing plutonium stockpile. US Nuclear Cooperation Agreements with most other countries do not allow reprocessing of spent fuel to extract plutonium because of the substantial risks to nuclear security. Plutonium is a vital ingredient in nuclear weapons, so it is usual for the US to restrict its production in its Nuclear Agreements. Yet the US-Japan Agreement makes an exception for Japan and allows it to reprocess spent fuel and extract plutonium.
The conference will focus on the many serious problems this creates. Japan’s reprocessing policy is not simply about domestic energy issues. There are several international repercussions which must be taken into consideration. How do the countries in our region react to Japan’s massive stockpile of plutonium? How do they see the planned Rokkasho Reprocessing Plant, which will produce a further 8 tons of plutonium per year? How do they feel about the US allowing only Japan, amongst non-nuclear weapon states, to reprocess? What is the real stance of the US on Japan’s plutonium policy? By addressing these questions we hope to highlight the anxieties and instabilities that Japan’s plutonium policy is causing at a regional and global level.
Domestically, the Japanese government has recently made clear that it plans to decommission the Monju fast breeder reactor, which was supposed to be one of the main recipients of Japan’s reprocessed plutonium. Fast breeders, as their name suggests, are designed to ‘breed’ more plutonium and the government has decided that, at least from Monju it does not need any more plutonium. Yet the government has said that while it may abandon Monju, it is not abandoning the nuclear fuel cycle policy or the Rokkasho Reprocessing Plant. The contradictions are plainly evident and we hope that the conference will also make clear these domestic contradictions as well as explore political and economic alternatives to reprocessing, learning from international examples.
We are planning to include speakers from Korea, China and Taiwan as well as several US experts who will discuss the regional and global perspectives. We will also invite Japanese experts and government officials, both bureaucrats and members of parliament, as well as speakers from local communities in Aomori Prefecture, host of the Rokkasho Reprocessing Plant.
We hope that the international conference will be a major step in the campaign to stop reprocessing in the lead up to the US Japan Agreement expiry in July 2018. We plan to issue a statement after the conference and publish the major papers and discussions that take place, which will contribute to the ongoing campaign. We hope that as many people as possible will take this opportunity to find out more about Japan’s plutonium problems and join us in the campaign to end reprocessing and close Rokkasho.