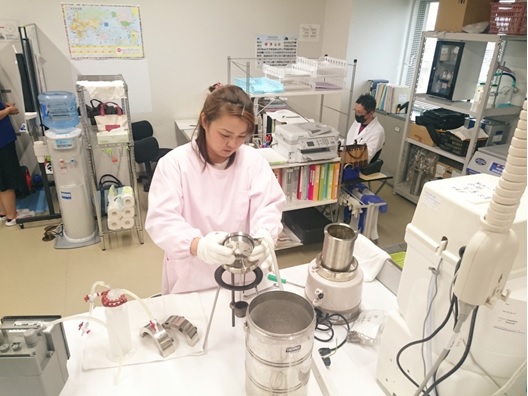 On March 11, 2011, we in Fukushima experienced an unprecedentedly severe earthquake and tsunami, which were followed by explosions in a nuclear power station. While the earthquake and tsunami were devastating, we were aware of how to survive them, thanks to the efforts of people and the knowledge that has been handed down from our ancestors; we coped with the difficulties by devoting ourselves to the problems. On the other hand, the horrific human-made nuclear disaster had never before occurred in our land. While we were left in an environment where the atmosphere included a high concentration of radionuclides emitted from the exploding reactors, no one told us how we could protect our children and survive. “Don’t worry,” repeated the mass media, including the television,. “There will be no immediate impact on your health.” We could not learn how to deal with the danger from these words. Japan must have radiation experts, but they never appeared in front of us, and we did not know what food should, or should not, be served to children. Two months after the accident, we became acquainted with a group of people who had sponsored radiation-measuring instruments after the Chernobyl nuclear disaster. We learned that there were instruments that could measure radiation in food, and thankfully we were donated one. This was how Tarachine, or the Mothers’ Radiation Lab Fukushima, was founded. Having established the lab together with local volunteers living in Iwaki City, Fukushima, we mothers, who felt responsible for protecting the children, started to run the lab. The word Tarachine comes from a word appearing in the Man’yōshū, Japan’s oldest selection of poetry, meaning mother. A mother is not only a tender guardian of children; she sometimes needs to fight to protect them. Without being aware of such maternal confidence, we would not have been able to face radiation to protect the children.
Five years has already passed since November 13, 2011, when Tarachine was established. We started with the measurement of cesium 134 and 137 in food. Since then, we have expanded the scope of our activities. The measurement of some radionuclides within the human body using a whole-body counter, the measurement of strontium 90 and tritium, research on seawater off the shore of the Fukushima Daiichi NPS, thyroid testing, and recreation programs. Located in a contaminated area, we have continued with these activities out of necessity. We measure everything in the surroundings of the children, including water, soil, materials, seawater, airborne dust, and dust collected in vacuum cleaners, as well as food. The number of years required for restoration after the nuclear accident is unknown. Some say 50 years, others say 100 years. Taking so many years means that work involving exposure to radiation needs to be done not only by today’s adults but also by future generations. As the adults of the present day, we are handing over an onerous legacy to today’s children, who bear absolutely no responsibility for the accident. It is an adverse legacy, which will affect their health and life. When this notion comes to our mind, we are faced with a feeling of helplessness for our inability to resolve the problems, however hard we commit ourselves. We at Tarachine are determined to do everything we can do to help change the future for the better, even if a little, instead of giving up.
In May 2017, we are going to open a medical clinic to support the health of the children. The March 11, 2011 nuclear accident deprived us of a tremendous number of things that we can never bring back. We are living now on the basis of the things we have lost. The purpose of opening a clinic is not to lose anymore that is precious to us as well as to support and protect the children’s health. It will be the first NPO-run clinic in Japan. We are currently not sure how much we can do, or even what we can do, but we are living each day, with a determination to do anything we can for the sake of the children’s health and a better future.
<Kaori Suzuki, Secretary General, Mothers’ Radiation Lab Fukushima>
URL: tarachineiwaki.org/english