Group Introduction: Enemira-Tottori (Future of Energy) ~Passing on the feelings of our ancestors to the future 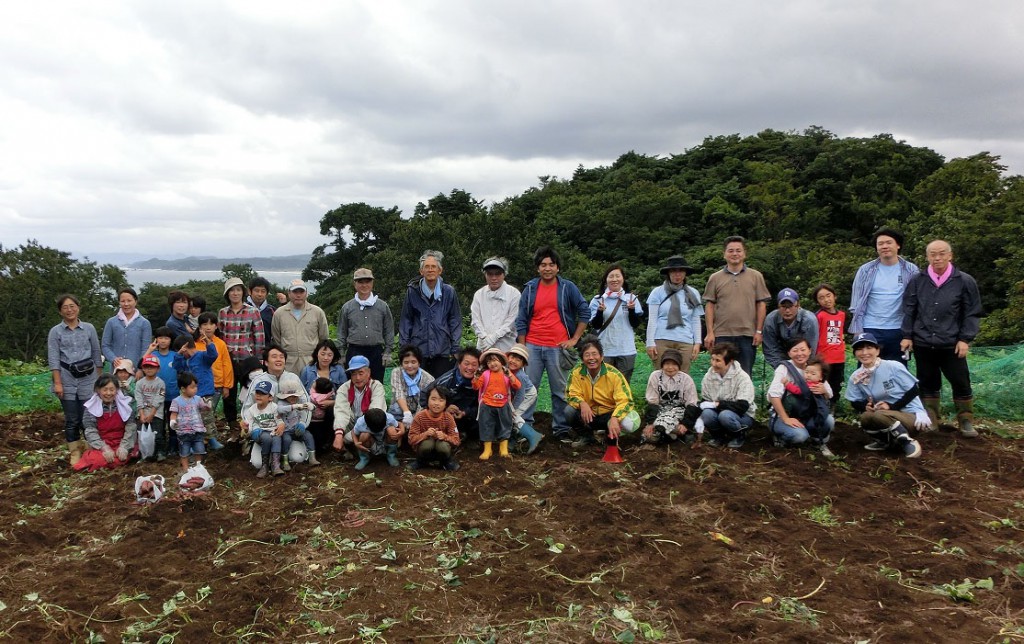 We established our association with the feeling that we wanted to pass on a nuclear-free homeland to our future children after we found out about the serious situation that occurred due to the nuclear power plant accident in March 2011. Since that time, we have carried out study meetings on themes such as the diffusion of renewable energy, support for the people affected in the Great East Japan Earthquake, evacuation plans at the time of nuclear power plant accidents, and the issue of radioactive waste from nuclear power plants. We have also conducted survey activities such as hearings with related organizations and individuals, and lobbied local governments and councils.
The strong feelings held toward their homeland by the members of the Women’s Association that played a central role in the anti-nuke movement of the 1980s in Aoya-cho, Nagaobana District (Tottori City) have been the driving power behind these activities. The more we came to know about the ghastly situation after the Fukushima nuclear power station accident, the more we came to embrace a renewed sense of respect and gratitude for the wisdom and courage of the people who came before us, who have protected our homeland through to the present time. The land in Aoya-cho, where a nuclear power station was scheduled for construction, is now held in common by the residents. The people who are hoping for a nuclear phaseout are cultivating fields of satsuma sweet potatoes there. Each year, our association carries out activities to narrate our history while selling sweets made from the potatoes cultivated in the fields.
Meanwhile, issues concerning “radioactive waste” from nuclear power plants has arisen in Tottori Prefecture. One of these is the “Nationwide Map of Scientific Features for Geological Disposal” published by the Nuclear Waste Management Organization of Japan (NUMO) in the summer of 2017 for seeking disposal sites for high-level radioactive waste. This map shows nine municipalities within the prefecture, which are said to have appropriate geological features for a radioactive waste dump. The second is that research for the final disposal of uranium waste has begun at the former uranium mining site, the Ningyo-toge Environmental Engineering Center, that straddles the border between  Misasa Town in Tottori Prefecture and Kagamino Town in Okayama Prefecture. The third is the issue of what will happen to the materials comprising the so-called low-level radioactive waste from the decommissioning of Chugoku Electric Power Company’s Shimane Nuclear Power Station Unit 1, in neighboring Shimane Prefecture.
Regarding the first issue, we are holding hearings with the municipalities involved and carrying out activities to demand that they do not agree to host a final deposit site for dangerous radioactive nuclear waste.
For the second issue, organizations from both prefectures that are opposed to nuclear waste are monitoring the area to find out what is happening in the watershed for Tottori and Okayama Prefectures, and we have also conveyed our fears to the Center by releasing a statement.
Regarding the third issue, we feel that it is necessary to remain vigilant to ensure that nuclear waste which is said to be below a certain reference level is not surreptitiously mixed in with, for example, industrial waste as the decommissioning of the nuclear power plant advances.
Since the nuclear power plant accident, the issue of nuclear waste has become more complex, and it has become totally impossible for local people alone to resolve the issue. We believe the pressing task now is to recall the feelings of the people and build a system to empower citizen monitoring while coordinating with people in all parts of Japan.
<Sachiko Yamanaka, Enemira-Tottori Co-Director>