On September 20, 2011, the Japan Atomic Energy Commission released the nation’s plutonium inventory data as of the end of 2010. The figures in the data show no marked change from last year, which is reasonable because neither the Tokai Reprocessing Plant nor Rokkasho Reprocessing Plant is in operation.
The newly released data has two notable characteristics. One is that the data includes the total amounts of Japan’s overseas plutonium inventories. Last year’s data are parenthesized. The overseas inventories were not publicized for three years from 2006, and therefore no data are entered for those years in the table. The other characteristic is that the breakdown of stored plutonium and loaded plutonium is newly disclosed.
The data shows the amounts of plutonium stored or reactor-loaded at individual sites. Hokkaido Electric Power’s plan to load MOX fuel has been suspended after it became known that the company had pressured its employees into sending fake email messages supporting its MOX fuel loading plan to the Hokkaido prefectural office. Under these circumstances, the loading of new MOX fuel will be difficult not only in Hokkaido but also at other nuclear power plants. 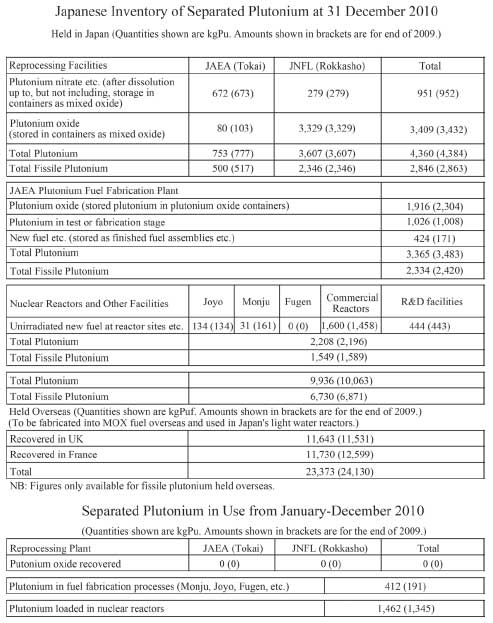 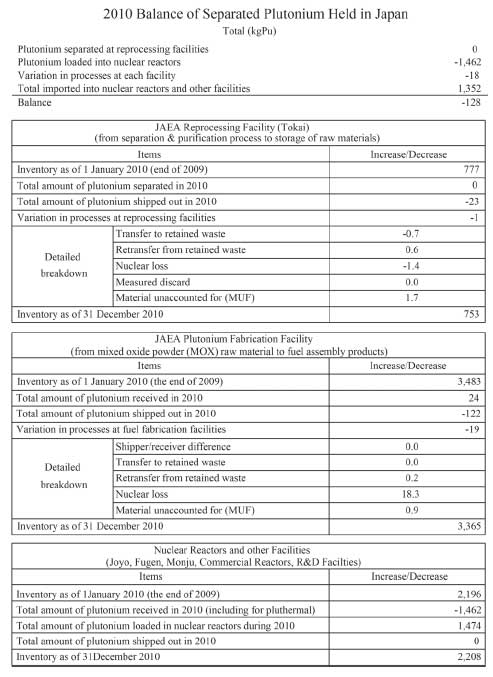