Here is the delayed report on Japan’s Plutonium data as of the end of fiscal year 2011, prepared by CNIC based on data published by the Japan Atomic Energy Commission in September 2012.
Total fissile plutonium now held by Japan inside and outside the country is 29.6 tons and this has fallen by 0.5 tons since last year. 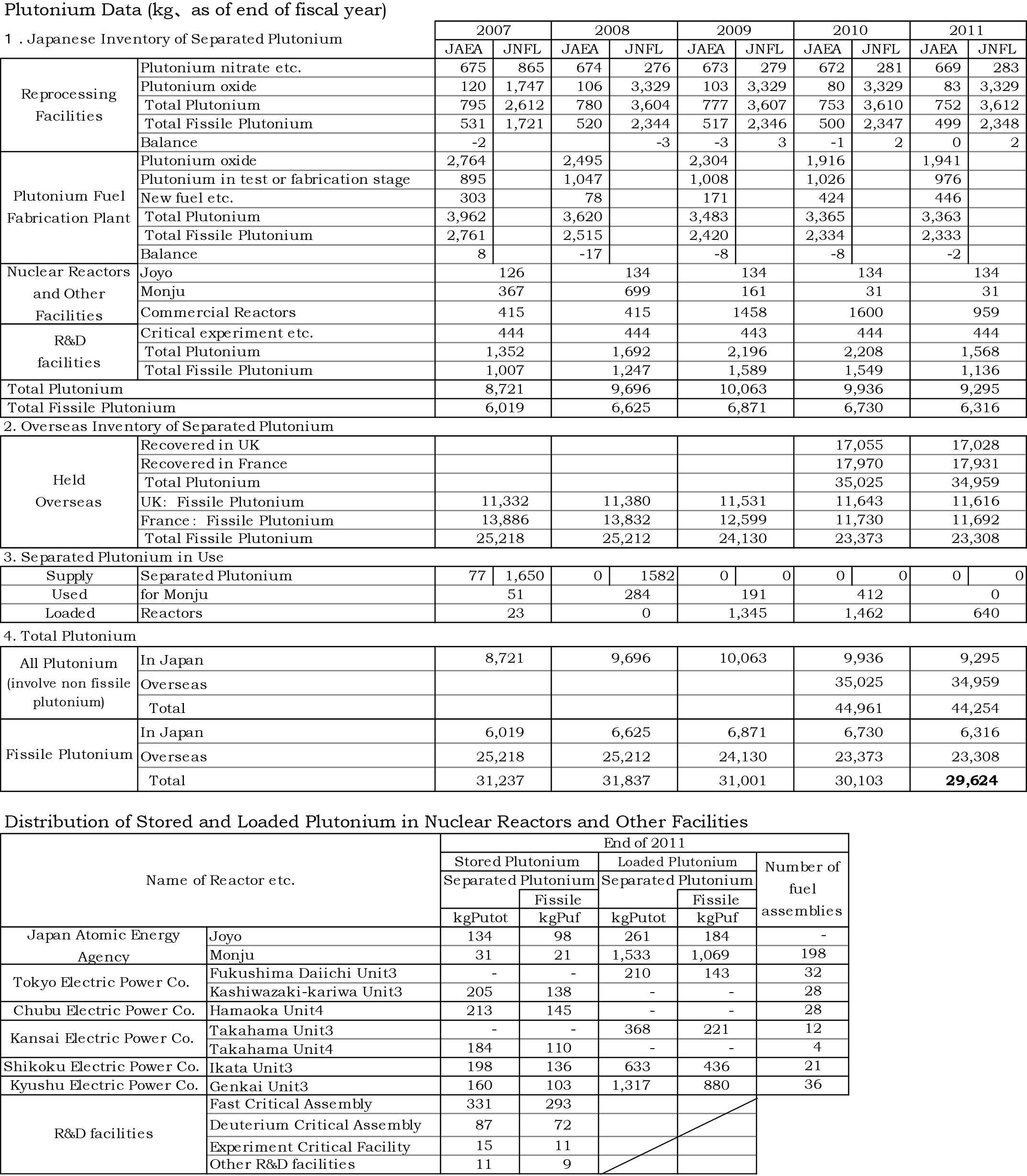