Nine Years After 3.11—Continuing to Lend an Ear and Draw Close Together

More than nine years have elapsed since the tragic nuclear accident at the Fukushima Daiichi Nuclear Power Station run by Tokyo Electric Power Co. (TEPCO). For those forced to undergo the harsh experience of “evacuating from our hometown with our anger, having done nothing wrong ourselves,” there is no healing from the psychological trauma. We asked evacuees to tell us the thoughts they would like to pass along to future generations.

Thoughts about the Evacuation from TEPCO’s Nuclear Accident

I remember the sound of the explosion when TEPCO’s nuclear accident occurred. The videos you see of it leave out the sound. The ones that include the sound differ somewhat from what I remember, but when I watch those videos I get a lump in my throat as the agonizing feelings of the whole town about to evacuate are revived.

The 25 people, including infants, who had come to our house for help were asked about dangerous conditions in the area by men they’d never seen before wearing protective clothing. We helped them evacuate. Our family still had roles to perform as residents until the decision was made to evacuate the whole town, so we knew we could not escape on our own while leaving others behind. Families assisting at the evacuation center were staying at our house.

Communication lines had been severed by the earthquake, so we could use neither telephones nor personal computers. We received only small amounts of information via cell phones, which had patchy connection in any case. We would hear intermittently from friends living outside our prefecture, asking what we were doing there and to hurry and get out, and it was all we could do to tell them that we couldn’t leave.

The sound of the explosion on the 14th was completely different from the sounds we’d heard earlier. We thought the world must be coming to an end, and that what we’d heard from the victims of Chernobyl was now happening to us. With no information coming from the prefectural or national government, the town was desperately seeking a place for its 21,500 residents to evacuate to.

On the night of the 14th, Nihonmatsu City agreed at last to accept us, and at 10:00 on the morning of the 15th, we were notified that the whole town was to evacuate. That is when our interminably long evacuee lifestyle began.

Now our town is an “area in which it is expected that residents will face difficulties in returning for a long time.” Aside from the decontamination workers subjected to radiation exposure, there is nobody there. Our lovely sakura (cherry) blossoms cannot share their beauty with our family, but each in turn is blooming in dignity in this season. Our vegetable fields have probably gone to waste, with only the daffodils that the wild boars won’t eat blooming skimpily.

Returning to the place we belong is out of the question. This is the reality we face, but it is being completely ignored while nuclear plants across the nation are being restarted. The government and electric power companies even talk about building new nukes. If nobody is being required to take responsibility for TEPCO’s nuclear accident, and they are neither taking responsibility nor pursuing the cause, there is no way they can say that no further accidents will happen.

Citizens forced to became evacuees through no fault of their own are being expelled from their evacuation housing as the government and electric power companies decide it is about time and pretend the accident never happened. And to top it all off, they even take us to court over it. The government is showing the more than 20,000 disaster victims nationwide who have embarked on lawsuits that the judicial system is warped and forced to yield to its interests.

We evacuated to the Kansai region and are reminded every day by the weather map that we are downwind from a group of nuclear plants in Fukui Prefecture. We live with the fear that one day we may be forced to evacuate again. Our house was in the UPZ*, but completely remote from the nuclear plant. The Kansai region would receive 80 percent of the radioactive substances from an accident in Fukui, and even in the range of up to 80 km away, we would wind up facing the same circumstances as in Fukushima.

I cannot help but feel keenly that it is the duty of the evacuees to ensure no one else ever has to undergo the misery of evacuation.

The 2011 accident at the Fukushima Daiichi Nuclear Power Station (FDNPS) occurred about 30 years after we had started organic farming in Funabiki town in Tamura City, at the foot of the Abukuma mountain range in Fukushima Prefecture.

Earlier, in the wake of the 1986 accident at the Chernobyl nuclear power plant in Ukraine, we feared that our daily lives would be destroyed if a similar accident occurred at the Fukushima plant. Thus, we did whatever we could do to prevent such accidents by, for example, starting signature-collecting campaigns, holding anti-nuclear demonstrations and lecture meetings to which we invited experts to come and speak.

Our anti-nuclear-plant movement, however, subsided gradually as time went by because we were busy with daily work, childcare and our everyday lives. We seemed to have clung to the groundless belief that, even if a severe nuclear accident happened in Fukushima, we would somehow be protected and would be able to avoid danger at the last moment.

For this reason, we were shocked by the 2011 severe nuclear accident that destroyed everything around us. We felt great regret over our laziness in not promoting our anti-nuclear activities more actively. At one time, we were so miserably hurt by this repentance that we felt we would never be able to fight against nuclear power plants again.

“Anyway, we need something that will encourage us to make a step forward,” we thought and launched a small company “Ichi-kara-ya.” which means “start from scratch.” Two years later, in July 2013, we opened a combination restaurant and farmers’ store in the adjacent Miharu Town. All price tags in the store showed the cesium contamination level of the vegetables. 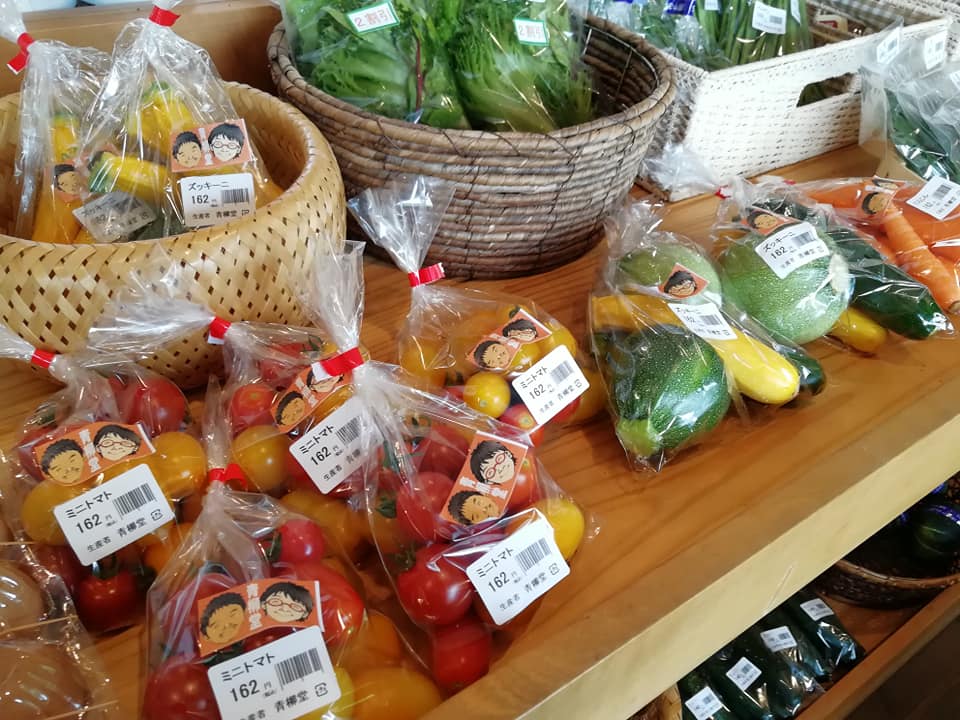 As all of us were poor farmers, we had no savings. We therefore applied for loans from a national bank, but they turned down our request. Although our relatives criticized us saying we were reckless or foolish, we needed a ray of hope.

We named the restaurant “Espri” (which means “to hope” in the Esperanto language). Thanks to support from many friends and acquaintances, this restaurant has so far survived for seven years. 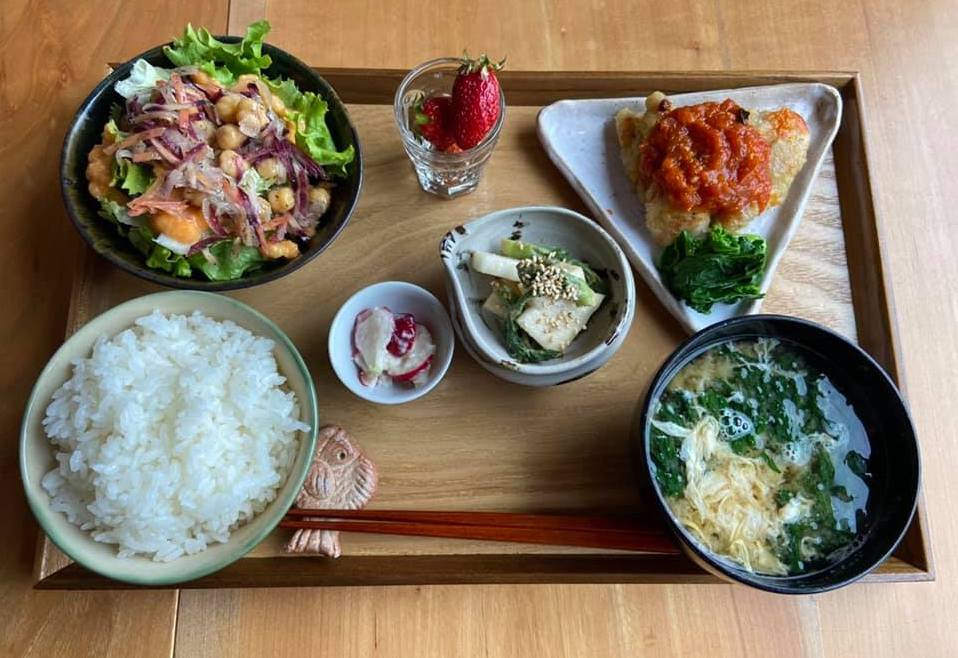 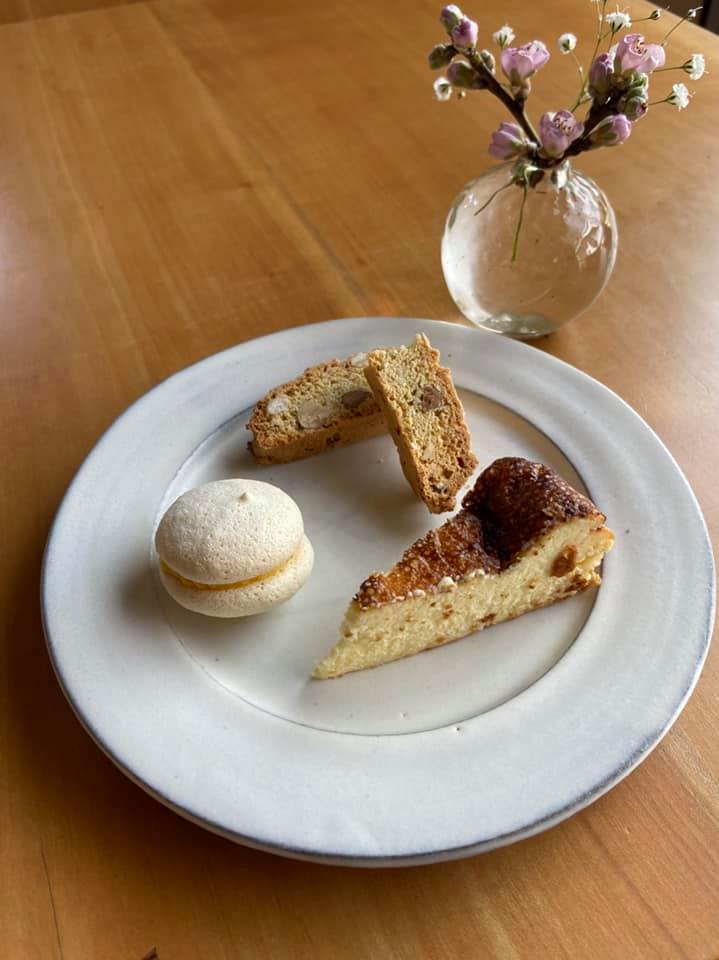 When we started the store, all of us were complete amateurs in store management. We have therefore experienced many embarrassments and troubles during the past seven years, but many people have been kind enough to extend a helping hand to us.

Even though nine years have passed since the 2011 nuclear accident, the cesium contamination level has not really changed dramatically in Fukushima. It is undeniable that the mountains and rivers in this prefecture remain contaminated by radioactive substances. Various measurement statistics show that the natural environment in Fukushima underwent drastic changes as a result of the nuclear accident. In spite of this fact, we love this environment, and will continue to grow rice and vegetables in our paddies and upland fields, and to show the radioactive contamination data on the harvested products we sell at our store.