Jonathan Watts, International Liaison Representative of Interfaith Forum for the Review of National Nuclear Policy was interviewed by Caitlin Stronell 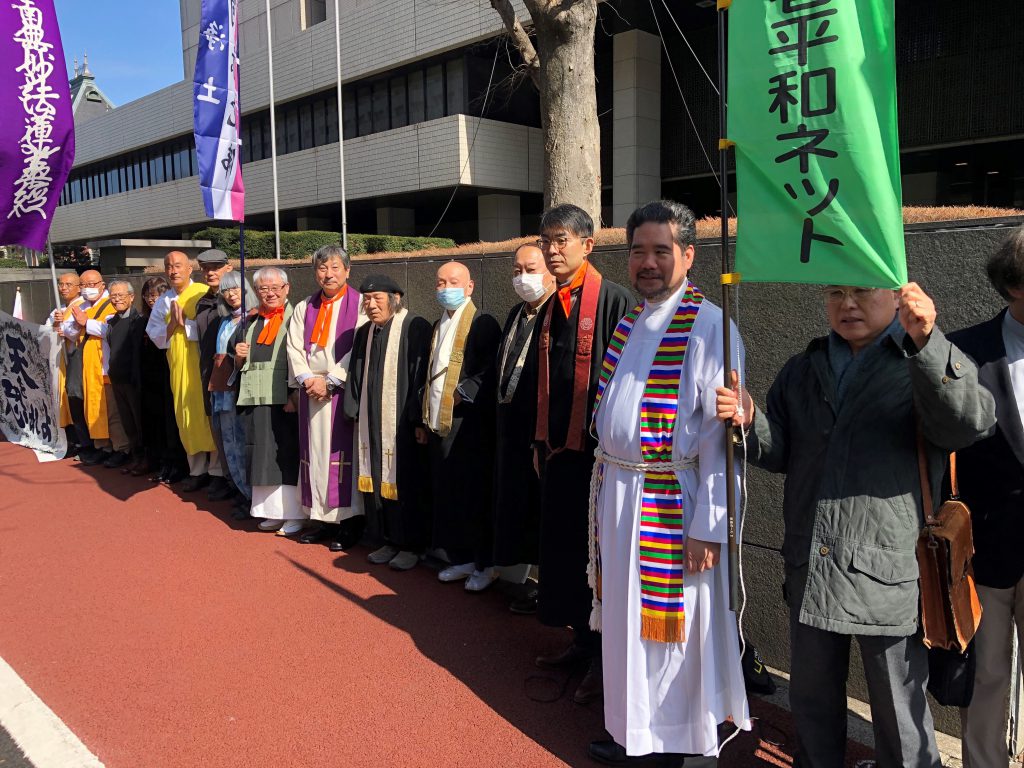 On 9 March, 2020 a group of 211 Buddhist, Christian and Shinto priests and lay people launched a lawsuit in the Tokyo District Court calling for an injunction on operating the Rokkasho Nuclear Fuel Reprocessing Facility (RNFRF). The Interfaith Forum for the Review of National Nuclear Policy (introduced in NIT No. 157 back in 2013) has become the main driving force behind the launch of the lawsuit, which is the first of its kind in more ways than one. The Forum itself was established in 1993, and has been very active both in advocacy type activities, making representations at municipal, prefectural and national levels, and also in practical efforts to promote renewable energy and to support victims of the Fukushima Daiichi nuclear disaster, especially children.

Not only is this the first time that a lawsuit has been launched by a religious organization in Japan, the litigation raises several points which have not been raised in court before. It states, for example: “The operation of a reprocessing center… must not force atomic waste upon future generations.” There have been many lawsuits filed for injunctions on nuclear facilities, but this is the first time ‘future generations’ have been mentioned so specifically. Arguing in court on behalf of people who are not yet born has been considered too difficult by lawyers up until now, according to Kawai Hiroyuki, one of the lawyers representing the plaintiffs, but when the plaintiffs are coming from a religious perspective, respect for all life, both present and future, becomes a basic premise. The litigation even goes so far as to make the claim that the operation of a reprocessing facility is a violation of the Japanese constitution because if there is an accident, it will be much worse than an accident at a regular nuclear reactor and “a grave injury to our way of life will be created from the contamination. This will constitute a violation of the right to realize well-being.”

While religious principles provide a strong and meaningful basis for the litigation content, there is also a strategic element regarding why the group decided to focus on the Rokkasho reprocessing plant. According to Rev. Okochi Hidehito, abbot of the Kenju-in Jodo Pure Land Buddhist temple in Tokyo, and one of the lawsuit instigators, the nuclear fuel cycle policy is the most obvious failure, both in technical and economic terms, of the entire nuclear energy policy, as well as being the most high-risk. Drawing attention to these intractable issues could be the most effective way to bring down the entire nuclear industry. Rokkasho, the purpose of which is to produce plutonium, is also the most obvious connection between nuclear power and nuclear weapons, which are vehemently opposed by many religions.

There is sometimes a tendency in the No Nukes Movement, especially in court cases, to concentrate on very specific technical or local details, which are of course very important. But the significance of this lawsuit, launched by people from different religious backgrounds, is that it reminds us of the big picture. It is not just about stopping the Rokkasho reprocessing plant, nor even about simply stopping the nuclear fuel cycle or nuclear power generation. The ultimate goal is to change the social structure so that one group of people is no longer made to suffer by more powerful groups. This is the structure of nuclear power, where reactors and other facilities are constructed in the so-called ‘periphery’ areas such as Fukushima and Aomori, for the benefit of those in the cities who get the electricity without the risks. This is a system which we are all part of, even though we all know in our hearts that it is wrong to inflict suffering on the less powerful, and that we have a duty to future generations to leave them a planet that is habitable at least. In this sense, this lawsuit is demanding only that basic human values are respected. It will indeed be interesting to see how the court interprets justice when faced with the moral authority of the plaintiffs.