English summary of article by Ito Yoshinori (Attorney, member of the legal team)

So far, our court case demanding an injunction on the Kashiwazaki-Kariwa Nuclear Power Station (KKNPS) has had 29 hearings, the last of which was on 3 February 2020. Hearing number 30 is scheduled for 15 October (June 11 was cancelled due to COVID19). Even for people who have been able to attend the hearings, it is difficult to understand the proceedings, especially the arguments being put forward by TEPCO, so here I will summarize some of the points of contention in the most recent hearings. 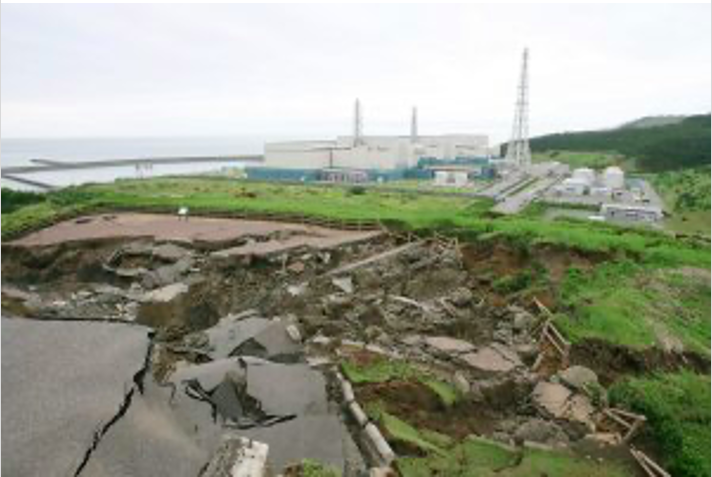 The 2007 Chuetsu Offshore Earthquake showed how dangerous the KKNPS site is in terms of multiple fault lines on the actual site and in the immediate vicinity. The actual seismic ground motion at Unit 1 during the Chuetsu Offshore Earthquake was estimated at more than five times greater than the standard to which it was built to withstand. TEPCO duly raised the level of seismic ground motion which KKNPS must be able to withstand and conducted retrofitting work, which was supposed to reinforce the plant, but it was very minimal. Moreover, the seismic resistance level of Units 6 and 7, which TEPCO is so keen to restart, has been set much lower than Units 1-4, which stand close by.

Even though TEPCO raised the level of seismic ground motion that the plant must be able to withstand after the Chuetsu Offshore Earthquake, since then TEPCO has come up with various reasons why lower standards are adequate. These reasons are based on selective data and bold assumptions. For example, in court, TEPCO has argued, based on analysis of only 15 earthquakes which they selected,  that earthquakes which originate deep underground in the sea are amplified by the time they reach the surface of the bedrock which the plant is built on, but earthquakes that originate on land close by the plant, do not amplify so much. By manipulating the figures, TEPCO argues that the seismic motion on the floor of the plant will be much less than the standards that they themselves set.

The fact is that the building regulations for ordinary residential houses require higher seismic resistance than the requirements TEPCO is insisting are adequate for KKNPS.

The Chuetsu Offshore Earthquake also caused serious liquefaction on the KKNPS site, but TEPCO is yet to develop any countermeasures. Although they have plans to investigate and implement liquefaction measures, they refuse to comment on any criticisms. Requests by the plaintiff’s lawyers for data on the large volumes of groundwater under KKNPP have also been refused, with TEPCO saying they have not collected data for a long time. We have confirmed that TEPCO has recently started data collection on groundwater and we intend to pursue this debate in future hearings.