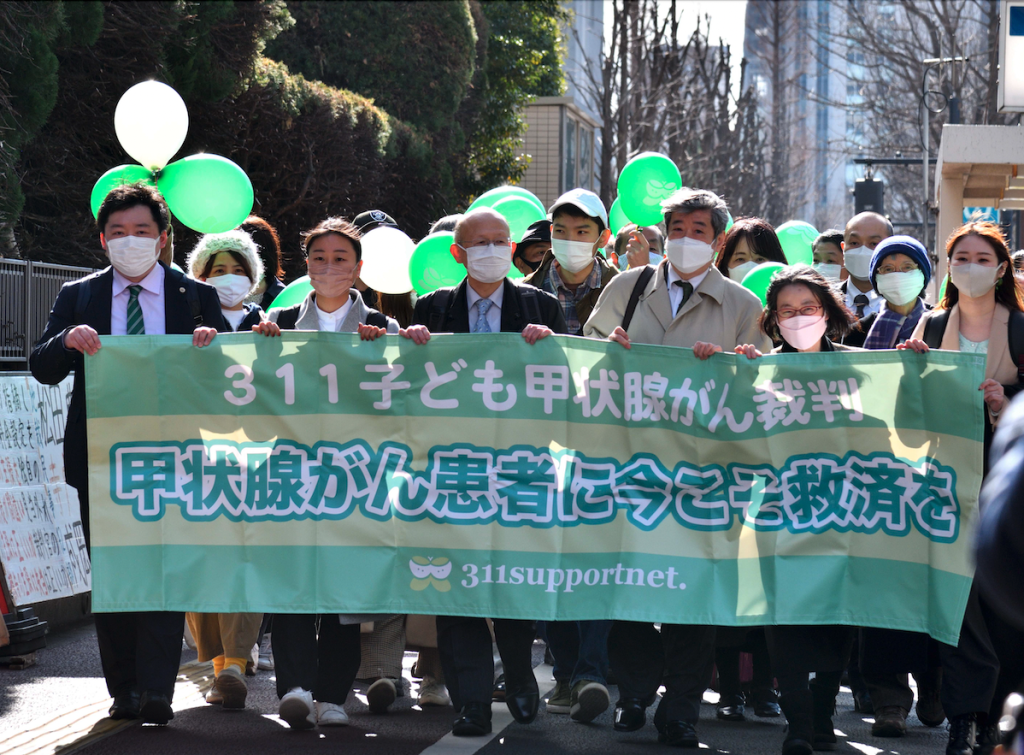 The screening effect hypothesis explains why the cancers are being found, not what the cause of those cancers is. Even if screening (by thyroid ultrasound testing) helped detect the cancers at a somewhat earlier stage, this does not explain why nearly 300 cases of pediatric thyroid cancer arose during these past 11 years.

By contrast, the overdiagnosis hypothesis asserts that screening brought to light cancers that didn’t need to be discovered (because they didn’t require treatment), and proponents of this view even claim that branding nearly 300 children as “cancer patients” and having more than 200 of them undergo unnecessary surgeries is a human rights violation upon these children. To be sure, in the case of adult thyroid cancer it is well known that there are many latent cases (slowly progressing cancer consisting almost entirely of tiny nodules 5 mm or less in size, not discovered until after death). The Fukushima prefectural health survey was designed to take this into account, so even if nodules of 5 mm or less have been discovered through ultrasound scanning, they are not subjected to secondary testing. Even where nodules exceed 5.1 mm, needle biopsies are performed only in limited cases, and even where the biopsy results indicate possible malignancies, decisions on whether or not to operate are made following the Japan Association of Endocrine Surgery’s guidelines, carefully ascertaining factors such as whether or not penetration beyond the membrane or metastasis to lymph nodes has occurred, the speed of progression, and the positional relationship with the laryngeal nerve and trachea. Doctors who perform the surgical procedure assert that there is no need to worry about the risk of overdiagnosis. In addition, the cancers suffered by the plaintiffs were progressive and could not possibly be attributed to overdiagnosis.

This mindset was revealed in actuality by a commotion over the May 2014 Oishimbo manga, in which nosebleeds were depicted as resulting from radiation exposure. Not only the National and Fukushima prefectural governments, but even Osaka’s governor and mayor reacted vehemently to this, and the major media organs gave it much coverage. Making a theme of “abnormal nosebleeds” in itself was attacked. It was common knowledge in the affected areas that children were experiencing abnormal nosebleeds directly after the Fukushima nuclear accident, but this fact has been erased from social discourse.

On January 27 of this year, five former Japanese prime ministers sent a letter to the European Commission opposing the inclusion of nuclear power in their “taxonomy for sustainable activities” (targets for green investment). In it, they mentioned that in Fukushima there were “many children suffering from thyroid cancer.” The national government, Liberal Democratic Party, some of the opposition parties, the Fukushima prefectural government and others reacted to this with fierce criticism, bringing back vivid memories of the Oishimbo uproar. To them it was wrong to attribute the cause of the multiple occurrences of pediatric thyroid cancer to the Fukushima nuclear accident.