On August 4th, two spent fuel assemblies were shipped from Kawasaki to DoE’s Idaho National Laboratory (see picture above). The fuel was enriched to 20% and was used in the Research Reactor (100 kWt) at the Atomic Energy Research Laboratory of the Musashi Institute of Technology in Kawasaki City. 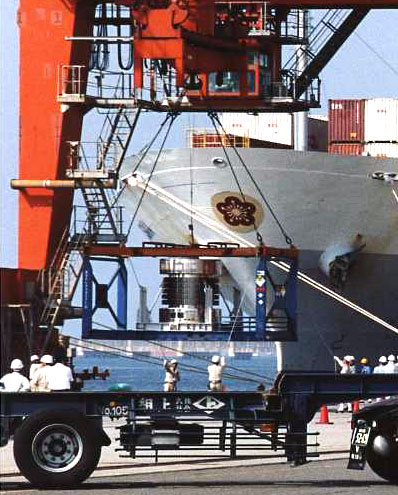 First criticality was achieved in 1963, but the reactor was stopped in 1989 due to a coolant leak. Plans to restart the reactor were abandoned, because the US placed a limit of 2009 for receiving spent fuel.

A local woman said, “It is great news that nuclear fuel will be removed from our city, but our joy is muted when we think of the local people living near the spent fuel’s destination.”