Anti-Nuke Who’s Who The Impact of Hokuto Muto Nuke Info Tokyo No. 127 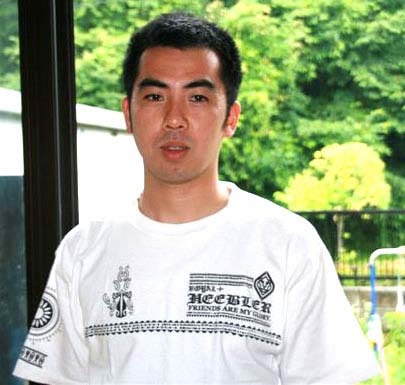 I first met Hokuto Muto in September 2006 at a viewing of the film “Rokkasho Rapsody” hosted by a group called “With the Earth”. It might sound like a very global group, but actually it is a homely local group run by Hokuto. It does such things as host film nights and public meetings.At the time, a new movement against the Rokkasho Reprocessing Plant was emerging in Sendai (Miyagi Prefecture). Active testing of the plant began in March 2006. In neighboring Iwate Prefecture, where until then there hadn’t been much opposition, concerns erupted during a public hearing. People were worried that the sea would be polluted with radioactivity. These concerns spread to Miyagi Prefecture, where old-hands and newcomers to the movement joined forces. One of the outcomes was the formation of the “Wakame Committee”*, which began a signature campaign and held public meetings and film nights.

Wakame Committee members heard that someone in the town of Ishinomaki was organizing a film night by himself, so we decided to go and support him. That was where I met Hokuto. Film nights are hard work even in Sendai, where we have lots of members to help out, so we marveled at the gumption of someone who was willing to take on the task by himself. It came as a surprise then when Hokuto turned out to be a short round-eyed youth. On a good night in Sendai we might manage to get 250 people to a film night, but the population of Sendai is ten times that of Ishinomaki, so we were very impressed when 100 people turned out. Hokuto’s smiling face at the party afterwards with Director Hitomi Kamanaka sticks in my mind.

But this film night was just a prelude to Hokuto’s subsequent activities. In the two years since, he has hosted seven film nights showing sequels of Rokkasho Rapsody, each time with high-profile guests. He also holds regular discussion meetings. In addition, he became a member of a Miyagi Prefecture committee looking into food safety. From a consumer’s perspective, he presses the committee to consider the impact on Miyagi Prefecture of radioactive pollution from the Rokkasho Reprocessing Plant.

Besides these local activities, he is also spreading the message throughout Japan via his blog and the “mixi” internet network. In January, when he came down to Tokyo for his first ever demonstration, he found that many of the people there were already communicating with him through mixi. It made me jealous to see how popular he was with the young women.

Some of us worried that he was going overboard. We thought he couldn’t possibly continue at this rate. What about his family? But observing him over the last year, including glimpses of other sides of his life besides activism, I have come to realize that Hokuto is not the type to just fade away.

He is married with two children and works for a prawn company. His partner and parents don’t complain as long as he holds down a steady job. In fact, they support him in his activism. I can vouch for the quality of his partner’s macrobiotic food. One of the secrets of this domestic bliss is his policy of not watching TV at meal times and prioritizing communication instead. In that way he also avoids wasting electricity, thus undermining the argument for building more nuclear power plants.

When he gets interested in something, he goes all out. To my knowledge, he is seriously into photography, surfing and growing vegetables. He certainly takes good photos. As for surfing, he started at the suggestion of surfers he met through the Stop Rokkasho campaign. His friends couldn’t understand why he would take up surfing when the sea was polluted by active testing at Rokkasho, but for him that was all the more reason to support surfers campaigning against the Rokkasho Reprocessing Plant. As for growing vegetables, his friends in the Stop Rokkasho campaign inspired him to start that too.

He’s a man of action who strikes while the iron’s hot. When other people would say they are too busy, he goes to it regardless. That’s what makes him so incredible. However, even though he has his own ideas and does so much himself, he shows great respect for the opinions of others, in particular those who have been campaigning for many years against the nuclear fuel cycle.

We were always inclined to think, “I can’t do anything on my own”, or “I’m too busy with other things”, but Hokuto came along and showed us that these were just excuses. This is the impact of Hokuto Muto, inspiring me again today to keep up the fight in Sendai.

*Akihiro Tatewaki is a member of the “Sendai Committee to Protect the Sanriku-Miyagi Sea from Radiation”, also known as the “Wakame Committee”. (Wakame is a type of edible seaweed.)