Anti-Nuke Who’s Who Wakako Yamamoto: the Joan of Arc of Aomori Prefecture Nuke Info Tokyo No. 137 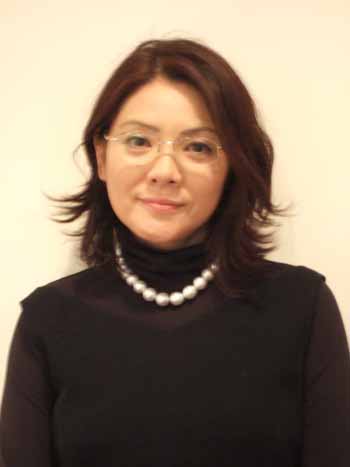 Wakako Yamamoto is a dentist in Hirosaki City. They call her the Joan of Arc of Aomori Prefecture.A lawsuit has been in progress for the past 20 years calling for the closure of the nuclear fuel cycle facilities in Rokkasho Village on Aomori Prefecture’s Shimokita Peninsula. These facilities include a uranium enrichment plant, facilities for low-level and high-level radioactive waste, and a reprocessing plant. Wakako was one of the representatives of the 10,000 Plaintiffs Against the Nuclear Fuel Cycle. She is a woman who is trusted by everyone.

Besides juggling her work as a dentist and her activist role with the plaintiff’s group and with a group opposing nuclear fuel shipments, she is also a member of the board of directors of Aomori Medical Practitioners’ Association. She actively promotes awareness of nuclear issues through her position there.

The environmental pollution task force of the Japanese Medical and Dental Practitioners for Improvement of Medical Care (Hodanren) is calling for a fundamental review of Japan’s nuclear fuel cycle and nuclear energy policies. It has conducted studies concerning the nuclear fuel cycle facilities at Rokkasho and nuclear energy related facilities throughout Japan. In April 2008 Hodanren’s environmental pollution task force held a symposium, which adopted an appeal calling for the cancellation of planned commercial operations of the Rokkasho Reprocessing Plant.

Active testing of the Rokkasho Reprocessing Plant began in March 2006, but testing has been suspended due to repeated accidents and problems associated with the high-level waste vitrification facility (see NIT 132). By the end of 2006, 330 trillion becquerels of radioactivity had already been released into the sea and air, causing concerns about environmental pollution and internal radiation exposure to workers and residents.

At a national gathering opposing nuclear power and the nuclear fuel cycle held in Tokyo in October last year (see NIT 133), Wakako reported about a petition opposing the nuclear fuel cycle, which was delivered to the Ministry of Economy, Trade and Industry. She delivered a powerful message to the gathering. “Trampling on the feelings of the people of Aomori Prefecture, the reprocessing plant was built at a cost of 2.2 trillion yen on land that was taken from farmers. We will not allow this plant to begin commercial operations. Let us join hands to prevent the creation of even more nuclear waste.”

Sketching her portrait in this way might give the impression that she is some kind of ferocious Amazon. The truth is that she is a very gentle woman. Her intelligence and appearance reminds one more of Joan of Arc played by Ingrid Bergman in the 1948 film directed by Victor Fleming.

*Hajime Yamaura is a member of the 10,000 Plaintiffs Against the Nuclear Fuel Cycle.