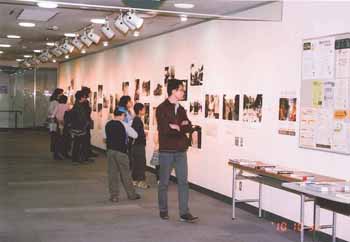 Opposition to nuclear energy has been continuing in the Tohoku region for many years. Miyagi Wind is heir to this rich tradition.

Strong opposition by local fisher folk made it very difficult for Tohoku Electric to begin construction of the Onagawa NPP, but eventually power and money ground down the resistance and construction began in December 1979. In response, local residents took out a lawsuit calling for termination of construction. Lodged in December 1981, the lawsuit was the first in which the electric power company was the defendant. It was a civil case, whereas all previous lawsuits had been administrative cases with the government as the defendant (see NIT 104). Through a civil lawsuit the plaintiffs were able to address the full range of nuclear issues.

The Onagawa Nuclear Power Plant Lawsuit Support Network took over the activities of the Sendai Anti-Nuclear Energy Group. For the next twenty years, until the Supreme Court’s final verdict was delivered, the Support Network continued to carry out activities in opposition to nuclear energy, while also acting as the driving force in the lawsuit. In the end the Supreme Court dismissed our demands. But although we failed to change government policy, thanks to the cooperation of a large number of people, the weighty record of the lawsuit remains.

The Support Network was dissolved and in 2001 Miyagi Wind was formed to breathe fresh air into the movement. The word “wind” was chosen to reflect our desire to promote the introduction of renewable energy and also because we wanted to generate winds of social change towards a phase out of nuclear energy.

The group is engaged in a wide range of activities. Some members have become stockholders in Tohoku Electric Power Company. This enables us to attend shareholder meetings and debate the board of directors, to submit questions and force the company to release all sorts of data. Data released in response to our questions revealed the high radiation doses incurred by workers during inspection and maintenance work. Workers received doses of up to 2.45 milli-sieverts in a single day and up to 29.26 milli-sieverts during the course of a periodic inspection. It would be no surprise if workers exposed to this level of radiation developed radiation related illnesses.

Forty years have passed since Japan’s first nuclear power plants began operating. The number of nuclear industry workers over that time is between 450,000 and 500,000 people. Many have suffered from, or even died as a result of radiation related illnesses. However, the government and the electric power companies have continued to conceal this fact. In order to shine a light on the issue, in autumn 2010 Miyagi Wind hosted a photographic exhibition and public meeting with photographer Kenji Higuchi, who has followed the fate of nuclear workers (see NIT 86).

Many of the participants commented, “I am astonished. This is the first I knew of this situation.”

A major issue facing us now is Tohoku Electric’s plan to introduce pluthermal1 at its Onagawa NPP. We are currently engaged in a fierce debate with the company about the pros and cons of this plan.

No matter how determined the government and the electric power companies may be to push ahead with their plans, we will not give up. We intend to continue to work to create a nuclear free society as soon as possible.

1. The term ‘pluthermal’ refers to the use of plutonium in light water reactors. The fuel is made from a mixed oxide of plutonium and uranium (MOX).

*Hironori Shinohara is a member of Miyagi Wind (see Who’s Who column in NIT 100).