Court cases associated with nuclear facilities in Japan (NIT No. 172)

As reported briefly in the last edition of NIT, there was an important legal victory for nuclear activists in Japan on March 9th this year when the Otsu District Court issued a provisional injunction ordering Kansai Electric Power Company (KEPCO) to shut down its Takahama Units 3 and 4. This was the first time a utility had been ordered to shut down an operating reactor. Both Takahama units had of course passed the new safety regulations, but the judges recognized the plaintiffs’ claims that the reactors were a threat to their safety. In this article we explain the strategies taken by anti-nuclear activists in the Japanese legal system, especially post-Fukushima, and the significance and possible future impacts of court cases in the mission to end nuclear power generation in Japan. 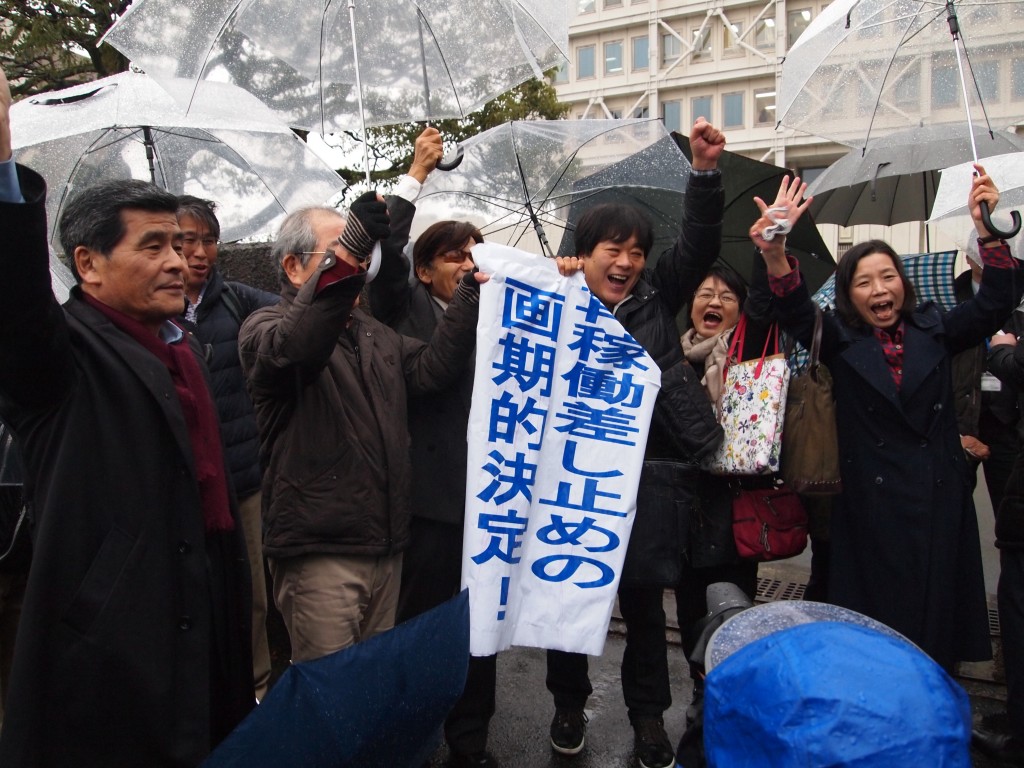 Anti-nuclear activists celebrate a victory as the Otsu District Court issues a provisional injunction, shutting down the Takahama 3 and 4 reactors, 9 March 2016 (Photo courtesy of the National Network of Counsels in Cases against Nuclear Power Plants)