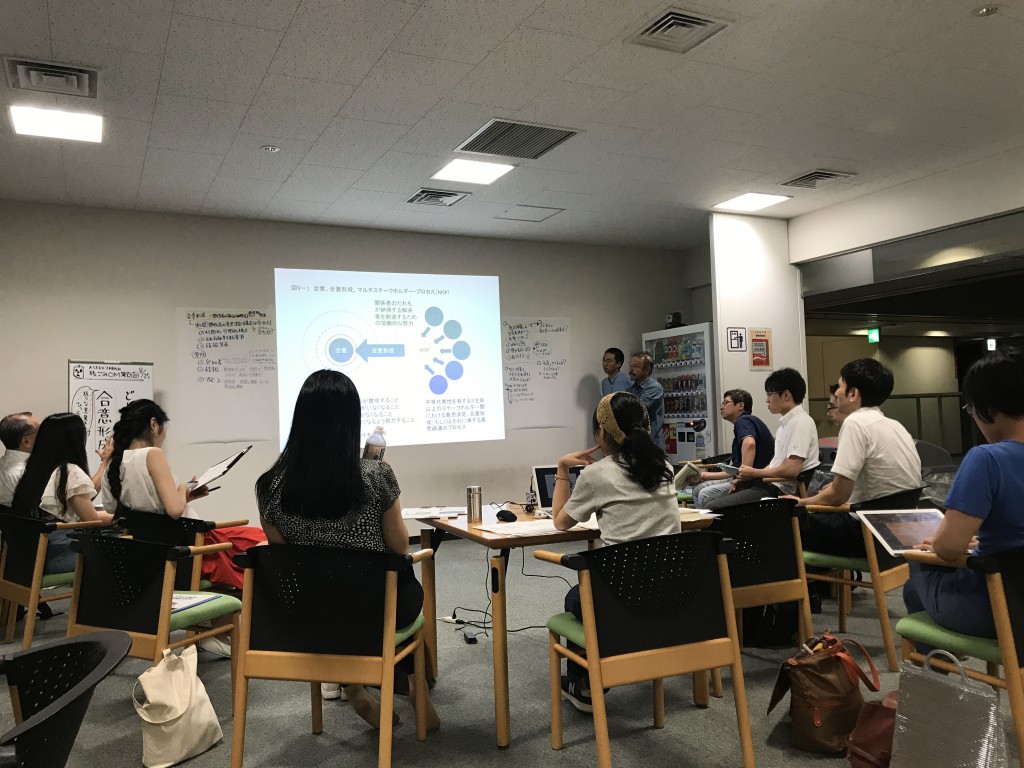 A SEED JAPAN (Action for Solidarity, Equality, and Environment and Development) was established in 1991 as the Japanese section of the international campaign to deliver the voices of youth to the Earth Summit (United Nations Conference on Environment and Development). It lived through the summit and has been active for 26 years since as a youth NGO committed to environmental and human rights issues caused by economic development.

In 2017, we started a new project entitled: “Make the Process of Nuclear Waste Disposal Fair!” Why have we launched this project?
In the 1980s, nuclear power plant operators were already conducting secret drilling investigations, with a view to building final disposal facilities. But the anti-nuke citizens’ movement has been fighting against these moves. So far high-level waste disposal operations lack not only fairness; they lack even proper procedure. The government says that it has adopted a fair, open process, but the reality is that decisions are made by political communications behind the scenes. As a result, the operation of nuclear power plants is taken for granted, and the storage of wastes derived from NPPs is being imposed on citizens without their consent. No fundamental solution can be obtained unless this nuclear policy is changed.
This issue is not widely known among young people. In June 2017, a national gathering was held in Okayama Prefecture to address the issues concerning radioactive wastes, but when we asked if there was any group of young people working on this issue, no hands were raised. In the following August, at a meeting with governmental agencies, a few new facts were learned: One was that the government has not studied the worst-case scenario of an accident or disaster in the course of the disposal of high-level radioactive wastes. The other was that the government has not sufficiently researched how to backfill the drilled tunnels or the possibility of waste recovery that is supposed to be guaranteed. Despite these facts, the government has said that geological disposal is safe, and that if a future generation says no to a site, the wastes can be recovered, guaranteeing them the freedom of selection. We are highly concerned about this attitude of the government. We cannot hide our anger toward the government’s response that belittles the future. At the same time, we wonder how many young people are aware of these facts?
The project of “Make the Process of Nuclear Waste Disposal Fair!” has been established to further pursue this issue. The project consists of three A SEED JAPAN members, and three expert advisers. We hold open meetings to invite people who are interested in consensus-building, organizing study gatherings and holding discussions. We have also interviewed those involved in the movement against the acceptance of nuclear waste around the nation. We also invited activists from various prefectures to a nationwide opinion exchange gathering. In this first year, we intend to collect a variety of information and share it through the website and SNS.
In the future, in cooperation with those in various regions and countries, we intend to develop a youth network that METI will be unable to ignore. However, this may take some time.
People in regions hosting nuclear waste disposal sites, including as yet unborn generations, face the risk of damaged futures. This is the price they are forced to pay for ‘economic development.’ This is perhaps one of the most unfair issues. A SEED JAPAN is committed to continuing to help solve this issue in the future.
<Kaori Nishijima, General Secretary, A SEED JAPAN>