Recognition of Exposed Workers in Japan and France: A report on an international survey and participation in the World Social Forum 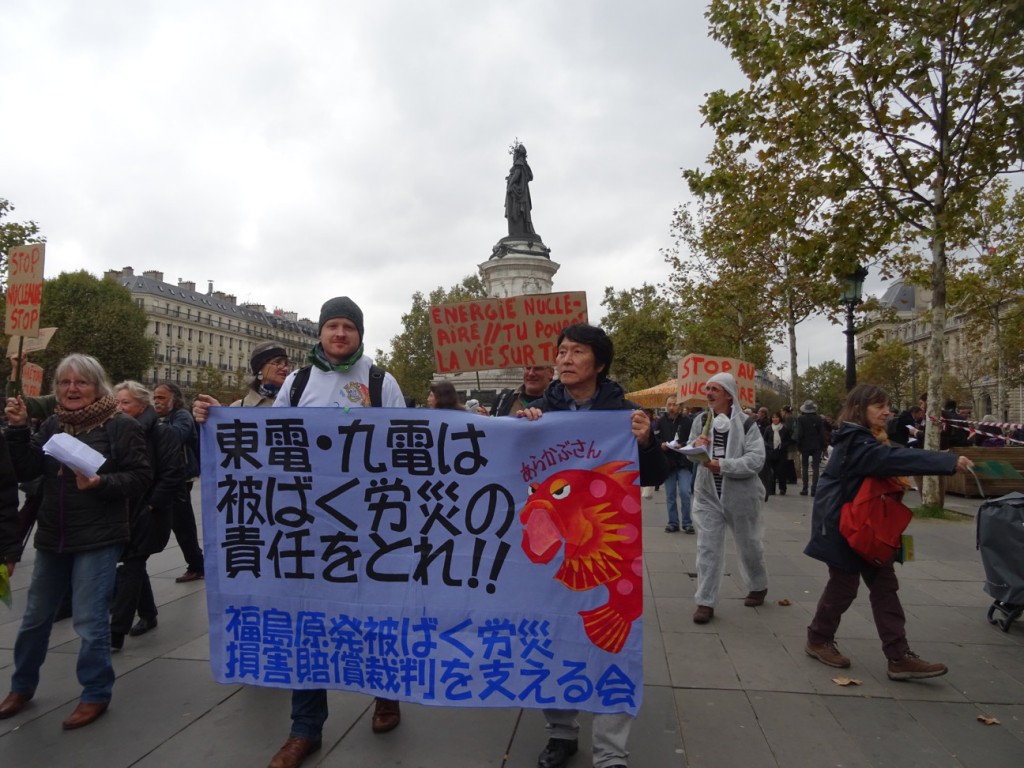 At the gathering and demo for the Antinuclear WSF held at La Place de la République, Paris 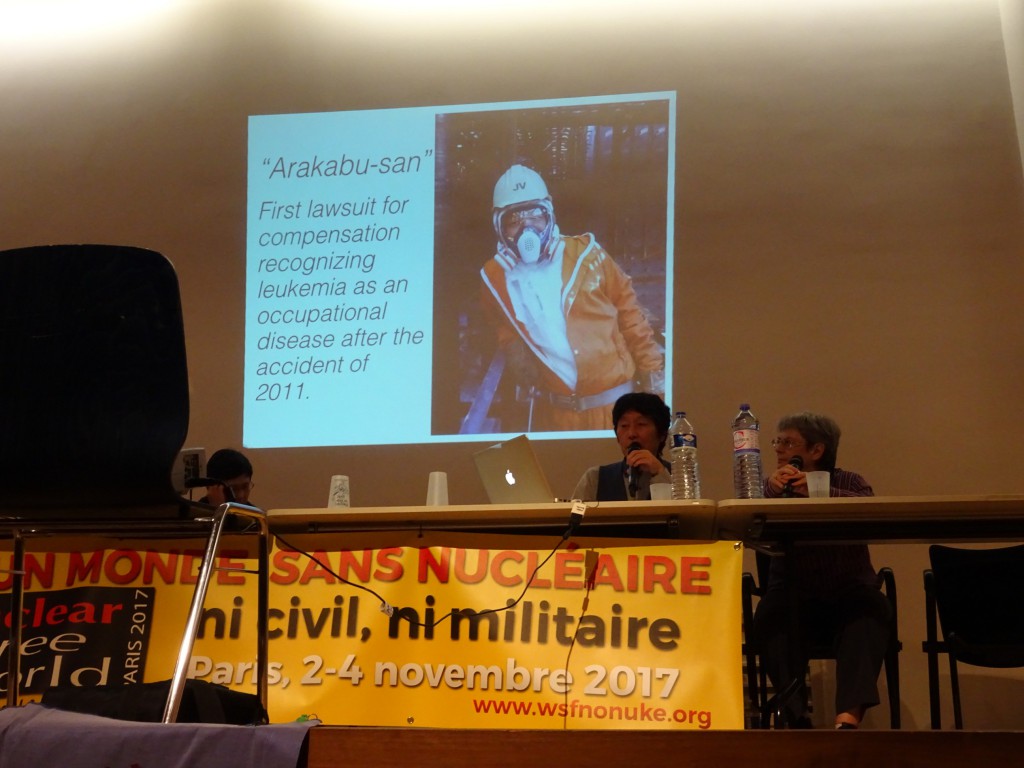 m
While conducting this survey, we also participated in the third Antinuclear World Social Forum, held in Paris from November 2 to 4. In the forum we organised one joint workshop, and two persons (Minoru Ikeda and Nasubi) gave reports on 1) the work to bring the FDNPS accident to an end and the decommissioning cleanup there and 2) the current state of and worker issues in the decontamination work, engaging in discussion and exchanges of information with the participants from many countries.
In particular, there was high participant interest in the trial initiated by “Arakabu-san,” whose claim for workers’ compensation due to leukemia is the first to be recognized in the post-accident FDNPS operations, and who is now demanding compensation from Tokyo Electric Power Company (TEPCO) and Kyushu Electric Power Company (KYUDEN). The support T-shirts and button badges prepared for the meeting were soon sold out. At the closing meeting on the final day, an international solidarity resolution in solidarity with “Arakabu-san,” demanding compensation for damages from TEPCO and KYUDEN was proposed, and adopted in the joint names of the organizations participating in the forum. I would like to express my gratitude here to the French participants and Ms. Nanako Inaba for preparing and presenting the draft resolution.
<Nasubi, Radiation-exposed Workers Solidarity Network>