The Management Situation of Japan’s Plutonium was published on September 11. We republish it here in English as reference material. There was no change due to movement of plutonium since last year. There was quite a large change in the amount of plutonium stored overseas, but in the case of France, this is thought to be due to nuclear loss (Plutonium-241, with a half-life of 14 years, decaying to Americium-241). In the case of the UK, the increase of Pu cannot be explained in this way. It is clear that reprocessing has been completed and that there has been no movement of plutonium. The Atomic Energy Commission has not been able to give a clear explanation of whether this was an entry error by the Japanese power companies or an amendment by British authorities.

The number of fuel assemblies has been estimated by CNIC, those associated with Monju being the number of assemblies in the reactor core, and the remainder calculated from the actual amounts of plutonium transported. 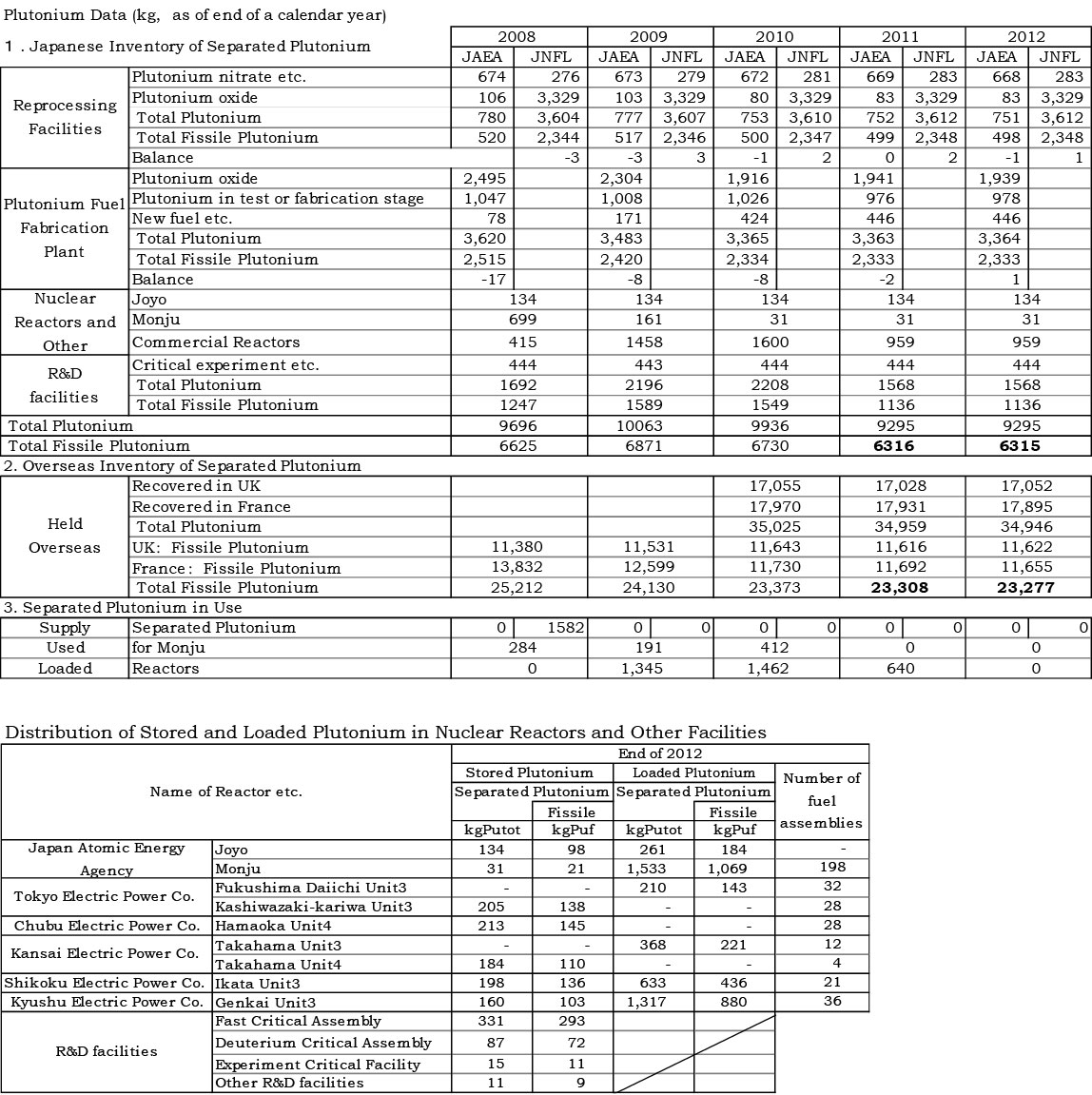