Judgement Handed down in Tokai Daini NPP Lawsuit: “It must not operate”

The Mito District Court (Chief Judge Maeda Eiko) ruled on March 18 that “the nuclear reactor at the Tokai Daini (No. 2) Nuclear Power Station should not be operated.” The reason for the verdict stated, “The state of affairs in the local area is still far removed from having a realistic evacuation plan and a system capable of implementing it, and (…) I have therefore judged that there is concrete danger.” With 940,000 people living within a 30 km radius of the Tokai Daini NPP, it is clear to everyone that an effective evacuation plan is impossible. The court decided to prohibit operation of the NPP in face of this reality.

Based on the concept of “defense in depth,” the court reasoned that concrete danger exists if any level of protection is lacking or insufficient. The International Atomic Energy Agency (IAEA) has called for the construction of a five-level defense in depth system. In Japan, however, on the grounds that serious accidents would not occur, only the first to third levels had been implemented. These were the defense levels inherent in the design of nuclear power plants. Then the Fukushima nuclear accident happened. The newly established Nuclear Regulation Authority (NRA) incorporated severe accident impact mitigation measures, the fourth level, into the regulation system. This includes the provision of facilities for dealing with severe accidents, such as emergency power supply vehicles, and fire engine-like water pumping vehicles placed on high ground.

The fifth level is the response to a large-scale radiation release, i.e., emergency preparedness (including an evacuation plan). The fifth level should have been included in the regulations right from the start, but it was not. Far from it, the existing guidelines on nuclear power plant siting, that is, siting nuclear power plants in areas of low population density to limit the impact of radiation exposure on residents in the event of an accident, were deleted.

When it was established in 2012, the author negotiated with NRA to include level 5 regulations. NRA argued that (1) the evacuation plan is part of the regional disaster prevention plan, and thus is the work of the local governments, and (2) It would have been unrealistic to leave the site guidelines as they were, since it would be necessary to either abolish nuclear power plants or ask residents to move away. NRA was afraid that if the siting guidelines were included in the regulations, nuclear power plants would be unable to restart.

The court ruling stated that there was no deficiency up to the fourth level. Thus, the other ten issues raised by the plaintiffs were dismissed. For example, dissatisfaction remains with the rejection of issues such as the lack of seismic safety and the inability to cool the reactor core due to volcanic ash fallout.

The Tokai No. 2 nuclear power plant, which started operations in 1978, is an aging nuclear power plant. It is a BWR with a power output of 1100 MW, the main contractors being GE, Hitachi and Shimizu Corporation. NRA has approved the restart of the reactor as well as its operation exceeding the original 40-year limit. However, Tokai Daini NPP was badly damaged during the 2011 earthquake, having barely escaped a meltdown.

Currently, JAPCO is implementing safety measures prior to the restart of operations, including seismic reinforcement work and construction of special facilities to deal with specified serious accidents (so-called counterterrorism facilities). The cost of this construction said to be something up to 350 billion yen. Of this, 220 billion yen has been provided by TEPCO, but due to an ID misuse problem and violations of regulations on the protection of nuclear materials, NRA imposed a ban on the transfer of nuclear fuel on TEPCO on April 14. This means the Kashiwazaki-Kariwa NPP cannot be restarted for about two years. Since TEPCO is facing an extremely difficult business situation, there is doubt about how long it can continue its support of JAPCO.

Even though there are differences in the number of residents in each area, the ruling will encourage court cases seeking to prevent the operation of nuclear power plants and protests against the restart of reactors in locations that lack effective evacuation plans. 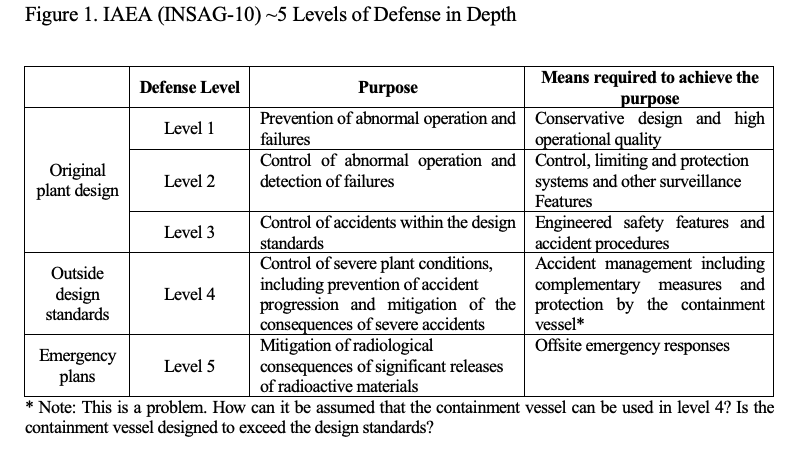