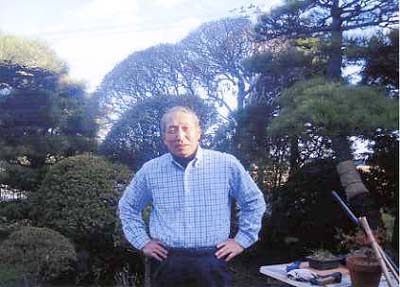 Workers employed in periodic inspections and maintenance of nuclear power plants (NPP) are forced to work in hot, cramped, radioactive places. Their peace of mind and their health suffer because of exposure to radiation. The working conditions of subcontractor workers are particularly harsh and injuries are common.From very early on Koshiro Ishimaru began to conduct surveys of radiation exposure of subcontractor workers at Japanese NPPs and to push for support for these people.

In August 1972, 17 months after Tokyo Electric Power Company’s (TEPCO) Fukushima I No. 1 reactor commenced operations, the Futaba Anti-Nuclear Energy Alliance was formed. The core members were workers in the Futaba area, home to the Fukushima I NPP. Koshiro Ishimaru played a central role in the formation of the alliance. He was actively involved in exposing cover-ups and environmental pollution and in supporting subcontractor workers. Each day when periodic inspections were being conducted at the Fukushima NPP, thousands of subcontractor workers would be ferried by microbus to the gate, among them farmers from the surrounding area and people who had lost their jobs at the Tokiwa Coal Mine. He saw them entering the plant and heard that they suffered health problems because of the large exposures to radiation they received while fixing broken parts and cleaning up after accidents, so he decided to focus on helping these people.

In the May following the 1979 Three Mile Island accident he set up a ‘post box’ and a ‘safe house’ for nuclear subcontractor workers and the alliance became fully involved in providing support for these people.

The first legal case for damages for radiation exposure to a subcontractor worker was the Kazuyuki Iwasa case. It was fought in the Kansai region. The scientists and researchers group supporting this case visited Ishimaru, along with Dr. Murata (see NIT 96 Who’s Who) and a nurse of the Hannan Central Hospital. This led to them cooperating on the survey of radiation exposure of subcontractor workers at the Fukushima NPP. Ishimaru went from door to door visiting workers whom he had previously interviewed. With a medical examination survey developed with Dr. Murata’s group, he carried out a detailed survey of radiation exposure and was also able to arrange for Dr. Murata to examine workers. He visited remote houses in the snow-covered mountains, dimly lit coal miners’ terrace houses and the apartments of the Keihin District, the workers’ town of the so-called ‘nuclear gypsies’. Always Ishimaru led from the front, carrying on the surveys. Ten years later, in 1989, in cooperation with the scientists and researchers group, the Futaba Anti-Nuclear Energy Alliance published the results of their work as ‘Data: The real situation of worker radiation exposure at the Fukushima Nuclear Power Plant’.

One subcontractor worker gave the following account. “I went in three times. When I came out the first time, I was asked to go back in. When I came out again, I was asked to go back in again. In the end I had a reading of 176.” Thus, 17% of surveyed workers exceeded the allowed daily dose for those days of 100 milli-rem. The survey showed that subcontractor workers received no compensation when they got cancer, or fell ill with other diseases because of radiation exposure. If they became ill, they were fired. Nothing was said about what happened to them. It was all shrouded in secrecy. Ishimaru’s survey work was taken up in the film ‘Vanishing Tomorrows’, which appeared in the 1989 International Leipzig Festival for Documentary and Animated Film.

Ishimaru is still continuing his activism, opposing TEPCO’s dangerous pluthermal program for Fukushima NPP. At the same time, he also continues to support nuclear industry workers and he helped to win workers’ compensation for Mitsuaki Nagao for his multiple myeloma (NIT 99).

Click here for other Nuke Info Tokyo Who’s Who articles