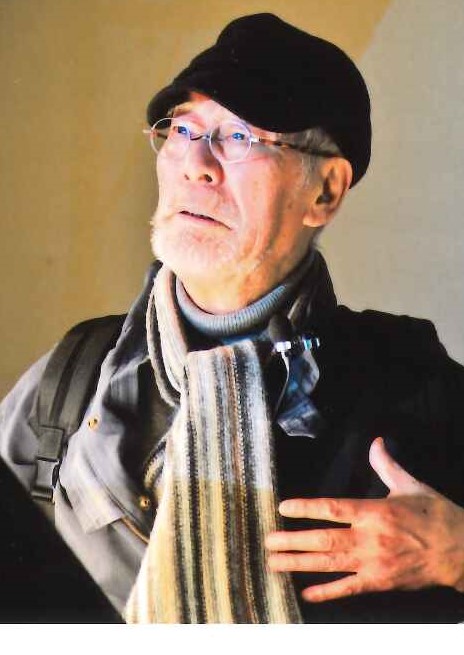 Actor Atsuo Nakamura rose to stardom when he played the hero in a popular TV drama series in 1972. In the drama, set in the Edo era, he played a lone-wolf gambler, whose pet phrase was “It’s not my business” — some trouble occurs in the local community, and at first the hero avoids getting involved in it, saying this phrase. Later, however, he fights against and crushes the villains to save the oppressed. Mr. Nakamura’s career as an actor after the end of this series includes a great many appearances in films and TV dramas. He also worked actively as a journalist and mystery novel writer. He also served as a member of the Japanese House of Councilors for one term, from 1998 to 2004, during which, in 2000, he became president of the group of lawmakers who monitored the propriety of public investment projects, and strongly supported citizens who acted against the construction projects of airports and dams across the country.
In 2007, he became Chairperson of the Environment Committee of the the Japan PEN Club, and after the Fukushima Daiichi NPS accident in 2011, he invited CNIC co-directors Hideyuki Ban and Baku Nishio to deliver a talk to writers about the problems of nuclear power development.
“This will be my final work and lifework.” Having turned 77, Mr. Nakamura started on the project of a solo reading play, entitled Senryōkei ga Naru (“The Dosimeter Beeps”), which he wrote alone. The play is a monologue of an aged man, who was born and raised in a town hosting a nuclear power station, who worked for the station, but lost everything due to a nuclear accident. Currently Mr. Nakamura himself appears on the stage, but hopes that many people will raise their hands and perform and deliver this play nationwide. It seems that he has produced a reading play having this hope in mind; performers can present the reading show without memorizing the script.
Mr. Nakamura was born in Tokyo, but to avoid bombing raids by U.S. forces during the Second World War, he moved to Iwaki City, Fukushima Prefecture, where his father was from. Probably because of this experience, he has special feelings about the Fukushima Daiichi NPS accident. “I wanted to complete the play immediately after the accident, but the problems are complicated and multifaceted. A long period of time passed while I visited Fukushima repeatedly, visited Chernobyl, and collected information,” he says.
In autumn 2016, he finally completed the play, which is a one-act play in four scenes. Mr. Nakamura calls this play an “enlightening drama.” Instead of moving the emotions of the audience by inspiring feelings, the play points out the problems, enabling the audience to wake themselves up and acquire a new point of view. The stage view of this play is simple — an actor and a screen, the only stage set, on which data is shown to compensate for the script. The attention of the audience concentrates intensely on the simple stage. Each performance of the play attracts a great many people.
<Baku Nishio, CNIC>