Who’s Who: Ito Nobuyoshi — a “measuring fanatic,” residing in Iitate, Fukushima, a village severely affected by the 2011 nuclear disaster

By Suzuki Yuzuru (Professor Emeritus at the University of Tokyo; Director of the Takagi Fund for Citizen Science) 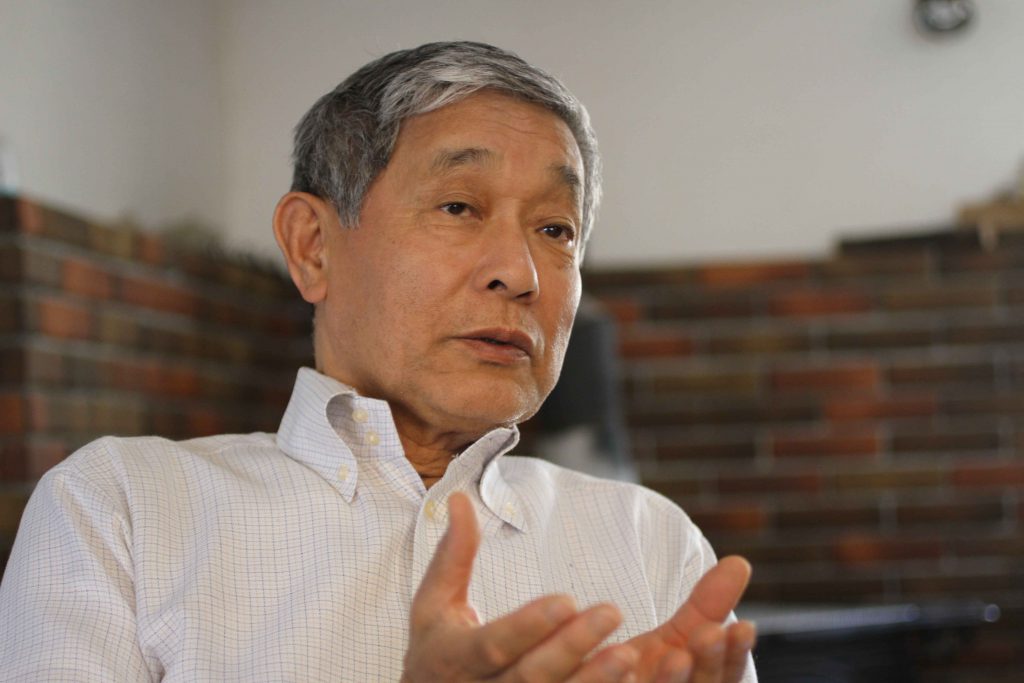 “Did I do something wrong?” Ito Nobuyoshi often says. It is an expression of anger as he recollects that when the nuclear disaster occurred, his highly rewarding new life, which he had started in Iitate a year earlier, was completely torn apart.

Mr. Ito moved to the village and started farming in 2010, when he was 66, having been introduced to the job of caretaker of Iitate Farm, an agricultural training facility established by an IT company for its employees. Assisted by neighboring farmers, he obtained a better harvest than he had expected, and was all sold out very soon. He decided to increase the cropping area and was preparing for the second farming year when the Fukushima Daiichi Nuclear Power Station disaster occurred in March 2011. The entire Iitate Village was severely contaminated by huge amounts of radioactive materials. Continuing farming was out of the question. That was where Mr. Ito’s struggle started.

Immediately after the disaster, the company that owned Iitate Farm kindly offered the facility for use as a base for visiting researchers and journalists, and Mr. Ito started to act as their caretaker. I was also often assisted by Mr. Ito when I visited Iitate to study the impact of radioactivity on fish.

Under these circumstances, Mr. Ito learned about radioactivity and started to monitor the radioactive contamination by himself. He gauges air dose rates ubiquitously across the village. He measures the radiation doses of everything that attracts his attention, including plants and soil. He keeps a personal dosimeter in his breast pocket to record his exposure doses every day. The data he has collected is greater in quality and in quantity than the measurements gathered by many researchers. He is now called a measuring fanatic, while he calls himself a “monitoring old man.”

Evacuation orders in Fukushima Prefecture are being rescinded one after another in an attempt to impress the public with the restoration of the prefecture. The government claims that Fukushima is a place where people can live safely without the impacts of radioactivity, that Fukushima’s produce is safe, and that negative rumors must be eliminated. Mr. Ito offers counterarguments. “The policy of persuading evacuees to move back to Fukushima forces local residents to be exposed to doses exceeding international dose limits and is not justifiable.” “Radioactive contamination does exist; it is not a rumor. It is unacceptable to discard victims and avoid responsibility under the name of ‘restoration.’” His assertions, backed up by his extensive measurement data and experience, are clear and persuasive.

It was in March 2017 that the evacuation order was withdrawn from a major part of Iitate Village. However, the population of Iitate is only one fifth of what it was before the disaster and it is only the elderly who are returning to the village. In these circumstances, Mr. Ito worries how the village will survive. I wonder why Mr. Ito, who is originally from outside Fukushima, is determined to make Iitate his final home while the future there is so uncertain. I suspect that he, as a measuring fanatic, strongly wishes to inform the world, as widely as possible, that the radioactive contamination is being reported dishonestly and that disaster victims are being treated unreasonably. Impressed by his attitude, I would like to maintain continuous support for Mr. Ito.