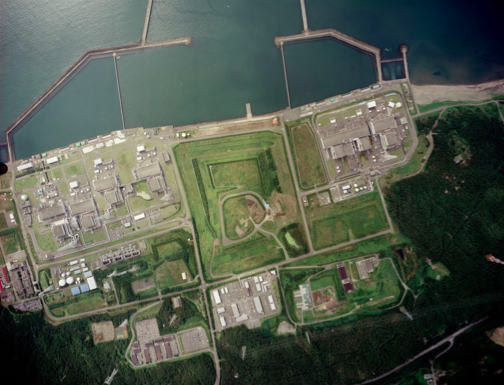 Arial view of the Kashiwazaki-Kariwa Nuclear Power Station, showing Units 1-4 on the left and Units 5-7 on the right

History and Significance of the Verification Supervisory Committee

More than nine years have already passed since the occurrence of the severe nuclear accident at Fukushima Daiichi Nuclear Power Station (FDNPS) Units 1 to 4, triggered by the earthquake and tsunami disaster in March 2011. The government and the Diet accident investigation committees published accident investigation reports in 2012, but the questions raised in these reports, such as what actually occurred at FDNPS, how appropriate TEPCO’s response to the accident was, the situation regarding the evacuation of the people of the local communities and the difficulties they faced following that regarding health and daily life, have not been answered, nor has a verification of the accident site been carried out. Furthermore, the state (the government and the Diet) made no attempt to get to grips with many problems that the passing of time should have made it possible to carry out objective verification, such as elucidating the causes that led to the accident, re-examining the process of the accident, the actions of the government and TEPCO in the cleanup after the accident, verification of crucial items that could not be handled by the new Nuclear Regulation Agency (NRA), or the difficulties of maintaining health and daily lives that had been brought about by the nuclear accident.

It was in this situation that not only the Technical Committee that had been in existence since before the Fukushima accident but also a committee to verify the situation regarding the daily lives and health of the residents in the surrounding areas, and a committee on evacuation, which NRA had ignored as being beyond the scope of its deliberations – making a total of three verification committees – as well as a fourth Verification Supervisory Committee to verify the entire picture of the Fukushima accident based on the discussions and progress in the other three committees, formally began their work in February 2018 under an initiative by Niigata Prefecture Governor Yoneyama. With the election pledge in place “not to initiate discussions on the restart of Kashiwazaki-Kariwa Nuclear Power Station (KKNPS) until the overall report of the Verification Supervisory Committee is published,” and with his successor Governor Hanazumi Hideyo also reaffirming his adherence to this election pledge, it can be said that the contents of the overall report to be published by the Verification Supervisory Committee will hold an important key to the outlook for Niigata Prefecture’s nuclear power plant. That is because conducting an overall verification of the Fukushima accident will inevitably lead to a judgement on whether or not to restart Niigata’s KKNPS. In that sense, I am fully aware that I bear a great responsibility as chairperson of the Verification Supervisory Committee.

In fact, a verification committee like this should be established at the prefectural level in all places that host nuclear power plants before any discussions about restarts begin. Only then should we be able to say that a local government administration is taking responsibility on behalf of the residents, but we have seen no positive move to establish such committees except in Niigata. Certainly, in Fukushima Prefecture, where the accident occurred, it has been necessary to concretely consider and verify a large number of issues, such as accident compensation, health effects, decontamination and the management of the decontamination waste, and it can also be said that the accident has been partially verified through a number of court trials,  but these are not systematic and it appears that there is no plan to produce an overall chronological summary of the accident. As the entity that was involved in the accident, Fukushima Prefecture is strongly restricted by the policies of the government, and it appears that the prefecture has little option but to abide by the government’s decisions. In that sense, there is great significance in the point that the Verification Supervisory Committee established by Niigata Prefecture has secured a degree of freedom and has been able to follow its own course, and I believe that this has an historical implication from the viewpoint of the expansion of local self-government that is not limited simply to nuclear power plants.

The structure of the verification committees consists of the Technical Committee (which handles issues concerning the technical causes leading to the occurrence of the Fukushima accident), the Evacuation Committee (which formulates policy on effective evacuation action in the case of a release of radioactivity from KKNPS), the Daily Life and Health Committee (which surveys chronologically impacts stemming from the Fukushima accident on the daily lives and health of residents in the area surrounding FDNPS, and the Verification Supervisory Committee (which conducts an overall assessment of the accident based on the results of the verifications in the above three committees and which will finalize an overall report for the reference of the governor in determining future policy). With the exception of the Verification Supervisory Committee, in the last two years the committees have met around five to ten times to conduct surveys and hold discussions.

As the Technical Committee has been in existence for some time, the committee has made good progress in organizing the issues that need to be dealt with. For each issue, subcommittees in which specialist consideration is conducted have been formed and these are currently separating out the technical problems which either can or cannot be clarified at the present time. On the other hand, the Evacuation Committee, while discussing the forms of evacuation that took place chronologically from the time of the onset of the accident and the problems inherent in those forms, has been inspecting the evacuation drills that are actually being carried out in Niigata Prefecture and elucidating points for improvement. NRA only indicates guidelines for evacuation plans, leaving the actual methods and procedures for evacuation up to the local municipalities, and thus the committee has a great many issues that need to be discussed. Based on the results of various field investigations and questionnaire surveys that have been conducted since the Fukushima accident occurred, the Daily Life and Health Committee has focused on chronological changes and new problems that have arisen in the state of daily life and health in the area and are making efforts to clarify the realities of the situation.

As above, the three committees, while keeping in mind what might happen if an accident were to occur at KKNPS, are amassing data on the problems that actually arose during, and are still arising from, the Fukushima accident, and are continuing with discussions to bring the issues sharply into focus.

The Supervisory Verification Committee, keeping a watchful eye on progress in these three committees, and considering the direction in which to pull together the strings of the discussions, was scheduled to hold a committee meeting at the end of March on 1) an interim report on the discussions currently being held in each of the committees, 2) a plan for round-table conferences and exchanges of views with the communities for the following year, and 3) the schedule  for finalizing the overall report. The meeting, however, had to be cancelled due to the COVID-19 infection risk. The other committees also held online committee meetings or a mixture of direct meetings with online participation. A proposal for allowing the online meetings to be viewed by the public was considered, and on June 5 the Technical Committee, limiting the numbers of online viewers, held a committee meeting combined with online broadcast.

Due to the new coronavirus problem, it has become impossible to hold committee meetings, and the current situation is that we do not know what will become of the local round-table meetings, the schedules for which the Verification Supervisory Committee was supposed to discuss. At present, since we have not been requested by Governor Hanazumi to hurry up with the production of the overall report, we will push forward discussions at our usual steady pace, and I think we will move forward by starting work on the report when it is judged that the timing is right. In other words, when the discussions in the three committees have arrived at their natural conclusions and the stage is reached when they are ready to publicize their final opinions, then I, as the committee chairperson, will concentrate on writing the report. Before that happens, I very strongly hope that the local round-table meetings will take place, and I am considering negotiating with the prefecture secretariat on matters including the timing and the format for their implementation. Quite honestly, in the current situation, it is still impossible to draw up an accurate schedule.

It goes without saying that the Verification Supervisory Committee, commissioned by Governor Hanazumi, will definitely continue. The gubernatorial election will be held in two years’ time, but I do not know how the committees should be managed in that context. If things move forward as they are, with neither the governor nor the Verification Supervisory Committee making any kind of statement, it is likely that the current state of non-operation of KKNPS will continue. Or it is also possible that a situation will arise in which the governor will coerce the Verification Supervisory Committee into releasing some kind of report. The reason is that there may be a governmental request (pressure?) to restart KKNPS and we cannot deny the possibility that whatever kind of report is released Governor Hanazumi will utilize it in a ritual to approve the restart.

I have no idea how things will turn out, but since the Verification Supervisory Committee has taken the trouble to hold a great number of discussions I feel that it is incumbent upon us to  produce an insightful overall report whose contents will be worthy of the scrutiny of future generations.