Very soon now, ten years will have passed since the Great Eastern Japan Earthquake and the Fukushima nuclear catastrophe. 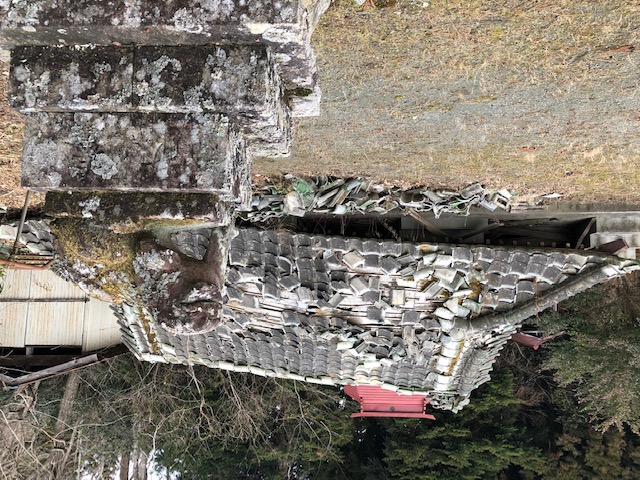 This shrine in Futaba Town, Fukushima, collapsed in the earthquake ten years ago but no one has been able to repair it as it is in the ‘hard-to-return zone’ where radiation levels are still high and restrictions apply. Recovery seems impossible even for gods.

Some aspects of the “recovery” from the hard infrastructure damage, such as that to houses, roads and seawalls, brought about by the massive earthquake and tsunami has indeed moved forward somewhat with time. According to a questionnaire survey conducted by Kyodo News in November 2020, the percentage of responses saying that the recovery was “advancing satisfactorily” were 80% in Miyagi Prefecture, 66% in Iwate Prefecture and 30% in Fukushima Prefecture. In Fukushima Prefecture, the percentage of “not satisfactorily” was 41% and that of “on balance, not satisfactorily” was 29%. This is probably because from the viewpoint of the impacts due to radioactivity, ten years is nothing but an instant in time.

How did the Fukushima accident occur and how did it develop into meltdowns? Unit 1 was discussed by the Niigata Prefecture Technical Committee, but there are many points that are as yet unclear. A suspicion that the sealing around the upper lid of the nuclear reactor distorted due to the high temperature of the heat of radiation, leading to large amounts of radioactive materials leaking into the environment, was pointed out. Also possibly related to this was that during the later investigation by the Nuclear Regulation Authority, extremely high concentrations of contamination were found on the shield plugs of Units 2 and 3.

What about the distribution of radioactive nuclides that fell on the Japanese archipelago? How much of the insoluble cesium particles, which has a huge effect on internal exposure, have been incorporated into human bodies? What process preceded the explosion of Unit 3? Even though ten years have passed there is just so much that we do not yet understand. This is because the level of radioactivity is too high to allow onsite examinations to verify inferences and hypotheses. Some insist that if only protection from the tsunami had been possible, but the impact assessment of the earthquake itself does nothing to efface the doubt that it was as severe as or more severe than the tsunami. But it is still not possible to provide actual proof of this.

Not only the coverup of problems in 2002, TEPCO has a scandalous history of forged or falsified inspection data. There is undisclosed data concerning the nuclear catastrophe, and this is proving to be a hindrance to uncovering the facts. Which materials are of importance? It seems that TEPCO itself is unable to make a judgement on some of the material. They claim company confidentiality, but the psychology of tending to hide inconvenient data is also probably at work. According to Tanaka Mitsuhiko, who was a member of the National Diet of Japan Fukushima Nuclear Accident Independent Investigation Commission and who later served as a core member for one of the six issue themes for the Fukushima accident examination as a member of the Niigata Prefecture Technical Committee, even if public discussions are held, since TEPCO does not show calculation sheets or blueprints, there is very little option but to hold closed-door discussions (see article by Tanaka Mitsuhiko in NIT 197). 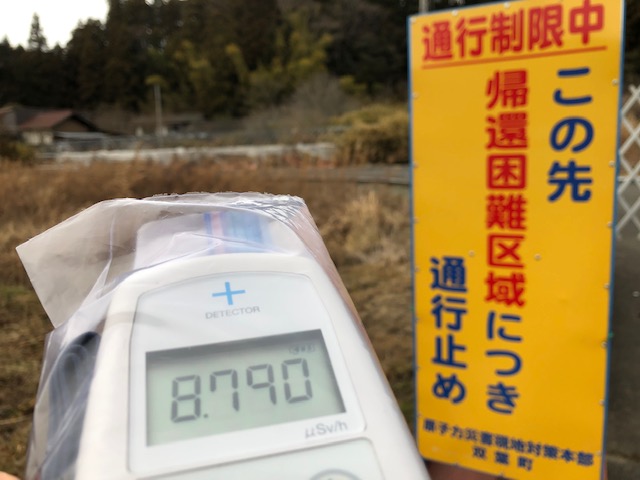 The land, 1.4 times the area of Osaka City, that is designated as Fukushima Prefecture’s hard-to-return zone is termed “blank land.” It is land to which the residents cannot return far into the future. The half-lives of different nuclides are of various lengths, but that of the largest amount of radioactivity that was released to the environment during the Fukushima nuclear catastrophe, cesium-137, is around 30 years, meaning that in 300 years it will have finally fallen to one-thousandth of its original value. For the ashes of death that are spewed from nuclear power stations to lose their potency we must wait for ages measured in tens of thousands of years.