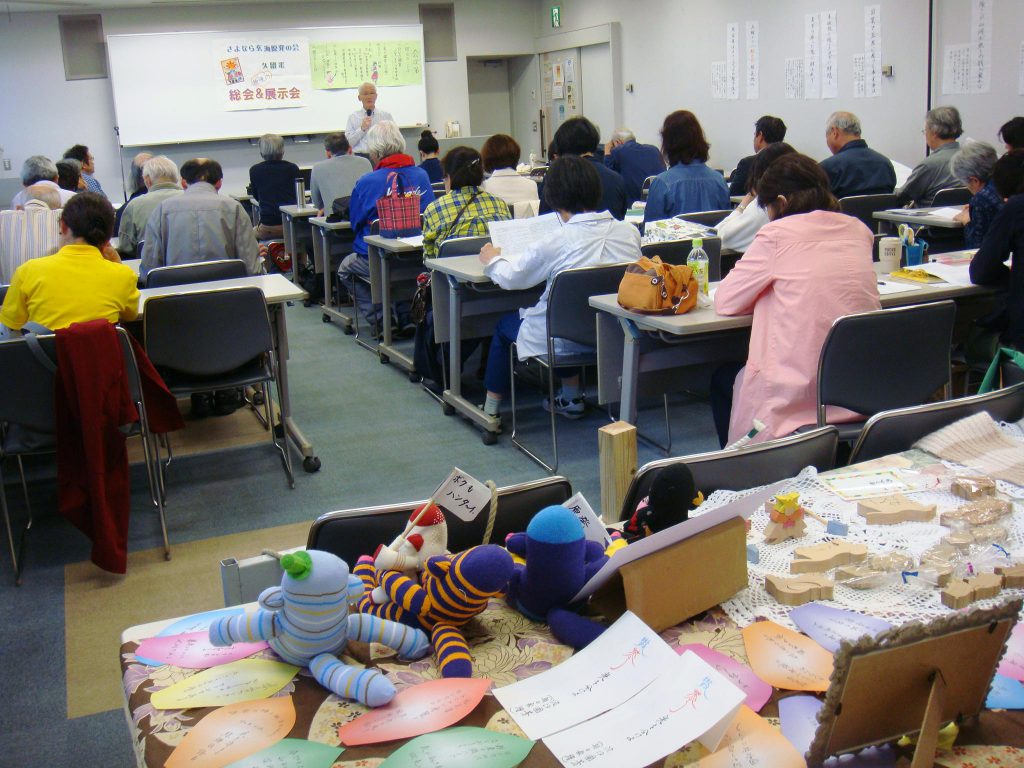 In the face of the Fukushima Daiichi nuclear power disaster, I thought that we had to not only criticize the Japanese government and the operator, Tokyo Electric Power Company, but also reflect on ourselves, because we ourselves failed to keep the disaster from taking place. To prevent such a huge nuclear disaster from occurring again, we must solidly commit ourselves to the anti-nuke movement. On the other hand, as I look at local community meetings such as neighborhood gatherings, I find that democracy is not truly established here. Recently, many irrational statements are heard from the Diet, but we are not eligible to laugh at them if we lack democracy in our local communities. Democracy must be established at the grassroots level.

The Sayonara Genkai NPP Kurume City Group (Fukuoka Prefecture) was established six months after the Fukushima Daiichi disaster of March 11, 2011 to oppose the Genkai NPP in neighboring Saga Prefecture. The founder passed away shortly after this, and I took over the leadership position. Along with the ten-member steering committee, we enjoy directing the activities of our group. The group currently has 276 members.

The steering committee meets monthly. The committee members chair the monthly meetings in rotation, thus having training opportunities to complete the discussion within a predesignated timeframe while taking account of the volume of topics on the agenda I prepare. Everyone speaks up freely and participates in decision making, according to the basic rules of democracy.

We issue a monthly bulletin, which has already reached issue No.99. Its major contents are the reports, with photographs, of study meetings and rallies written by the members who participated in them, and letters of protest against the restart of nuclear reactors. Operating as an open group, we place in the bulletin, information on anti-nuke lecture meetings and study meetings held by other groups, including those in neighboring cities, to disseminate information widely. The bulletin is proofread by the steering committee. It is marvelous that this proofreading session often leads to the organization of study meetings about nuclear plants.

While we often invite a specialist from a different city as a speaker to hold a study meeting, I hope that group members will become able to act as lecturers in rotation. It will take time to realize this hope, and we are taking our time to realize it.

When we visit the Kurume office of Kyushu Electric Power Company, the operator of the Genkai Nuclear Power Plant, to deliver protest letters, employees there treat us in a decent manner, unlike those at the company’s head office. We were surprised when an employee said to us “Good work!” when we encountered each other in the corridor. We respectfully send our compliments to the staff there, thanking them for their service of supplying electric power every day. We believe that it is valuable to visit local offices of electric power companies and show ordinary employees that general citizens are unhappy with nuclear power.

Once a month, I invite other group members to go with me to deliver flyers to individual houses in the area. If we try to hand these out on the street, most people refuse to take one, and so we started to deliver them to individual families. We have completed the flyer distribution activity throughout Kurume City, and now we visit neighboring towns and cities. The flyer expresses opposition to nuclear power in a mild manner. To date six persons joined our group after reading the flyer. About seven people participate in the flyer distribution activity each month. One person delivers only 50 copies each time because if the workload is excessive, this action will fade out. The lunch meeting after the flyer distribution is always pleasant. Maybe because many volunteers are female, we talk about numerous topics, including child-raising (or grandchild-raising), cooking, and criticism against the national government. It would be wonderful if groups committed to flyer distribution have an opportunity to meet from around the nation. 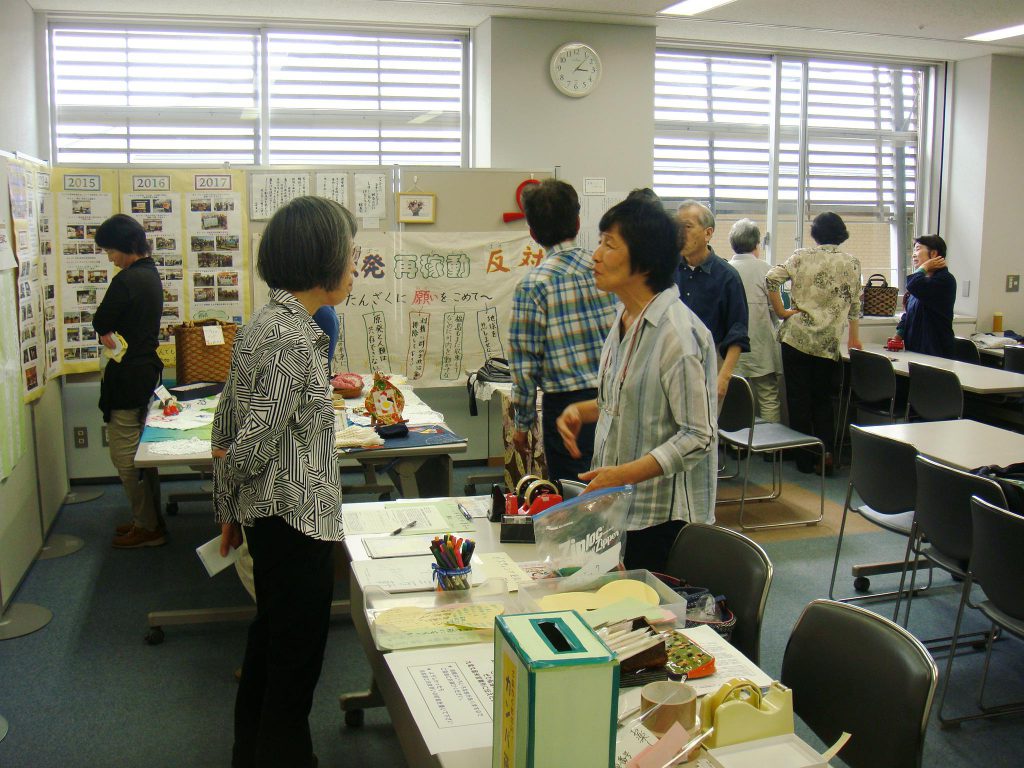 We have a plenary gathering once a year. The gathering serves as a place to exhibit members’ works and creations of interest. Many paintings, calligraphic artworks, black-ink brush drawings, tanka verses, and handicraft items are exhibited. One aim of this exhibition is to attract more participants, but it has another aim. When individual members show their unknown talents and have communication with other members over the different handmade items, members can improve themselves as humans, while contributing to culture. I believe when members improve themselves as humans, the group can also become a better one.