CNIC’s Co-Director Ban Hideyuki posts a video on YouTube once a month where he discusses recent articles from Japanese newspapers. This is an English summary of the  issues he discussed in the April post.

(It can be viewed here in Japanese www.youtube.com/watch?v=pZjVaFm9viU)

While the Chugoku Electric Power Company (CEPCO) Shimane Nuclear Power Plant (NPP) is sited in Shimane Prefecture, the adjacent Tottori Prefecture petitioned the plant operator and has received a positive response which gives Tottori Prefecture the right to demand a shutdown of the NPP. This is the first time this has happened for a currently operating NPP. 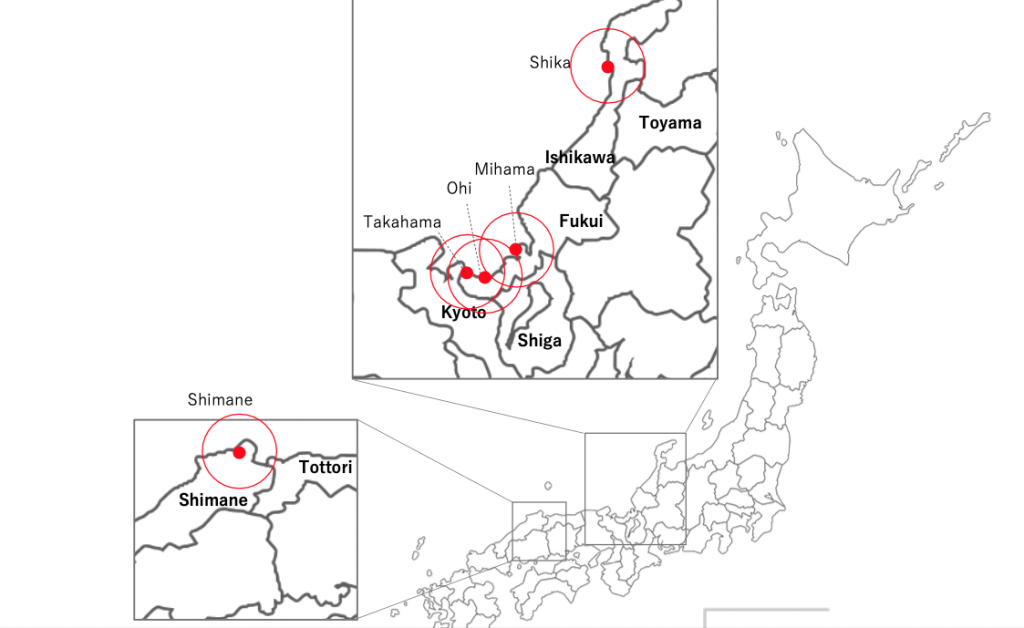 After the Fukushima nuclear accident, as a result of the scope of nuclear power disaster countermeasures being expanded to 30km, it is possible that for some nuclear power facilities that scope will include neighboring prefectures. NPPs for which this is a possibility are Mihama, Ohi, Takahama and Shika.

The policy calls for medical assistance to cease, in principle, when ten years have passed after the April of the year following the lifting of evacuation orders, and to be gradually reduced from two years before that time. Moves regarding the policy have been observed for some time, but the Reconstruction Agency announced concrete details on April 8th.

The content of the medical assistance is full exemption from national health insurance premiums, and insurance premiums for medical care for the elderly and nursing care, etc.  as well as the self-pay burden, except for those who are above certain income level.

For example, in Hirono Town and Tamura City, since evacuation orders were lifted in 2014, medical assistance will be completely phased out in FY2025, the phase-out coming into force from FY2023.

This policy will also be applied to hard-to-return areas where evacuation orders have not yet been lifted. In FY2020, 25,000 households were given medical assistance exemptions amounting to about 3.3 billion yen.

Not everyone is convinced that this phaseout is fair. News reports in early March noted that local residents have mixed views on the policy.

The transfer of soil from decontamination work to intermediate storage facilities is almost complete. Of the 14 million cubic meters of contaminated soil, 13.41 million m3 (96%) had been transported to intermediate storage facilities by March 31st. This includes 280,000 m3 used in the agricultural land regeneration demonstration project at Nagadoro District, Iitate Village.

The remaining soil includes decontamination waste from “hard-to-return” areas and, surprisingly, contaminated soil temporarily buried in the grounds of homes, etc., upon which new buildings have been built, making it difficult to remove the contaminated soil.

The contaminated soil has been placed in black flexible container bags, which are stacked five bags high. The bags are then covered with sand-filled flexible container bags as shielding. These sand-filled bags will not be transferred to intermediate storage facilities. Sand from the used shielding is to be removed from the bags and used in embankments wherever required, and this will need to be watched to see how it will be handled in the future.

For example, the sand used for shielding in Iitate Village was procured by quarrying sand from a mountain near the town hall, because uncontaminated sand was unavailable at the site. It is impossible to recreate the mountain just because the sand is no longer needed. One wonders if it will be possible to revive agriculture here.

Two million tons of decontamination waste has been reused before anyone knew anything about it.

Most of the waste was concrete generated from demolished houses (which could be demolished at government expense in evacuation zones if an application was made) and was reused for riverbank construction works.

Ministry of the Environment regulations state that if 30 cm of soil is used as a covering, concrete or waste of 3,000 becquerels/kilogram (Bq/kg) or less can be used, and if no covering soil is used, recycling is permissible if the surface dose after the construction is less than 0.23 microsieverts/hour (μSv/h).

The government was supposed to dispose of radioactive waste from the Fukushima nuclear accident, but the Ministry of the Environment has simply delegated the work to private operators.

According to the companies, the surface radiation dose is checked by robots (to ensure it is 0.23 μSv/h or less), and the concentration of radioactivity (in becquerels) is not measured at all because it takes time. the Ministry of the Environment admits that it cannot track who is using the waste.

Originally, the standard for reusing cesium was 100 Bq/kg, but everyone is now forced to accept the multiple standards of 3,000 Bq/kg and 0.23 μSv/h. Furthermore, the reuse of radioactive waste was also supposed to be subject to traceability, but it is a problem that this is now being ignored.