Many of the measuring instruments installed in the Fukushima Daiichi Nuclear Power Station (FDNPS) measuring system continue to malfunction as a result of the accident and there is no guarantee of the accuracy of values being measured. However, from the water temperature in the containment vessels and the spent fuel pools, and from the state of releases of Xenon-135, which is released when uranium undergoes fission, and other measurements, it can be estimated that the state of the reactors is stable.

1. State of Operations concerning Spent Fuel Pools
Removal of all of the fuel assemblies stored in the Unit 4 spent fuel pool (SFP) was completed on Dec. 22, 2014.
Measures are being implemented at Unit 3 to reduce the radiation dose level in preparation for the work of removing the fuel. Work for removal of large pieces of debris from the SFP was completed on November 21, 2015. Thus far, it has been confirmed that there are six deformed fuel assemblies.
The work to dismantle the cover in place around the Unit 1 reactor building began on May 15, and removal of the roof panels was completed on October 5.
Approaches for dismantling the upper section of Unit 2 reactor building were considered and it was decided to completely dismantle the section above the top floor of the building. Dismantling of buildings in the surrounding area began in September in preparation for removal of the fuel.

2. The Problem of Contaminated Water
According to an estimate by Tokyo Electric Power Company (TEPCO), roughly 800-1,000 m3 of groundwater is flowing into FDNPS Unit 1 to 4 per day, about 300 m3 of which is flowing into the reactor buildings.
TEPCO is implementing seven different kinds of measures to suppress the flow of groundwater:

On August 11, the Fukushima Prefectural Federation of Fisheries Cooperative Associations approved the troubled plan to release treated water pumped up from the sub-drains and groundwater trenches into the ocean. Five conditions, including strict implementation of water quality management and a continuation of compensation, were agreed to as part of the approval.
TEPCO estimates that the operations 3. and 4. above that were begun on the basis of the approval have reduced the inflow of groundwater into the buildings by 200 m3/day. The plan to release treated groundwater that had up to now been allowed to flow into the ocean once the sea side water barrier had come into operation has had to be abandoned because the groundwater pumped up was found to be so highly contaminated that it could not be processed by the water processing facility for water from the sub-drains and other locations. As a result, the volume of water transferred to the building for treatment by ALPS is increasing (around 400 m3/day as of December 18). The total inflow to the reactor buildings increased to 600 tons per day.

4. Others
The number of workers at FDNPS was around 2,950 daily as of March 2013, but in March 2015 this had increased to 7,450, and even in November this figure was 6,450. On August 8, a fatal accident occurred while a vacuum car was carrying out cleaning work. This was the third fatal industrial accident to have taken place during the post-accident work at FDNPS, the previous cases having occurred in March 2014 and January 2015. 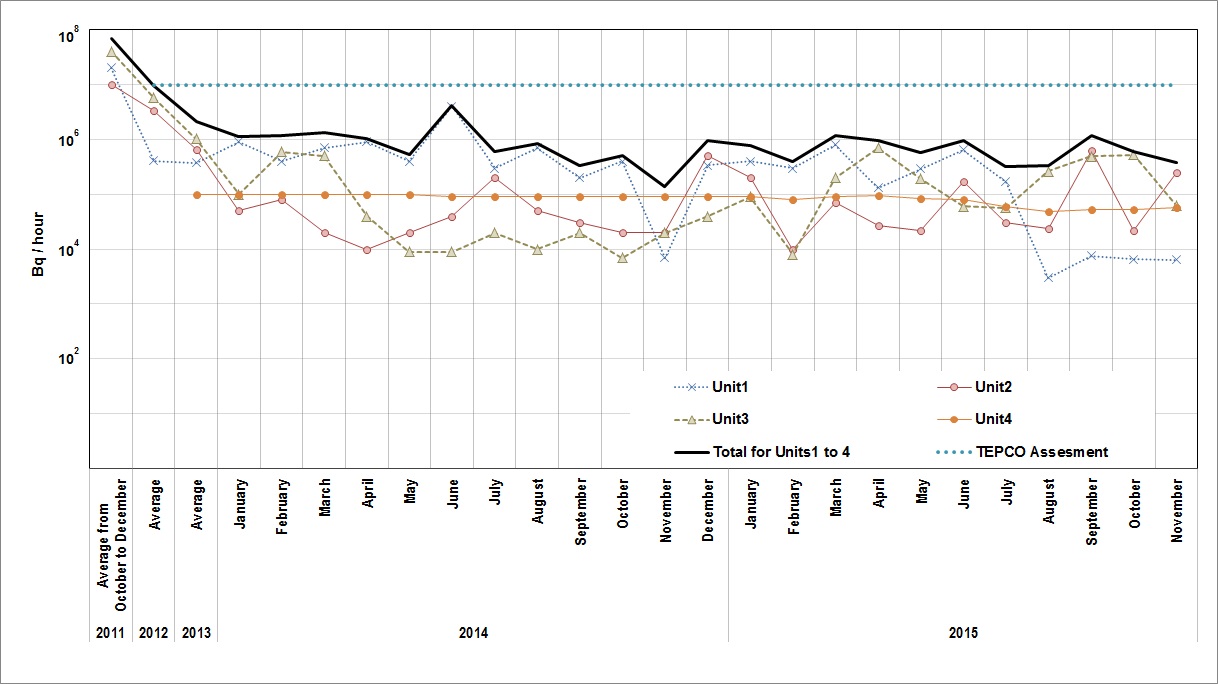 Figure 1: Releases of radioactivity from Units 1 to 4 of Fukushima Daiichi Nuclear Power Station (Bq/h)
*An assessment by TEPCO shows 10 million Bq/h up to May 2014 and less than 10 million Bq/h after May 2014