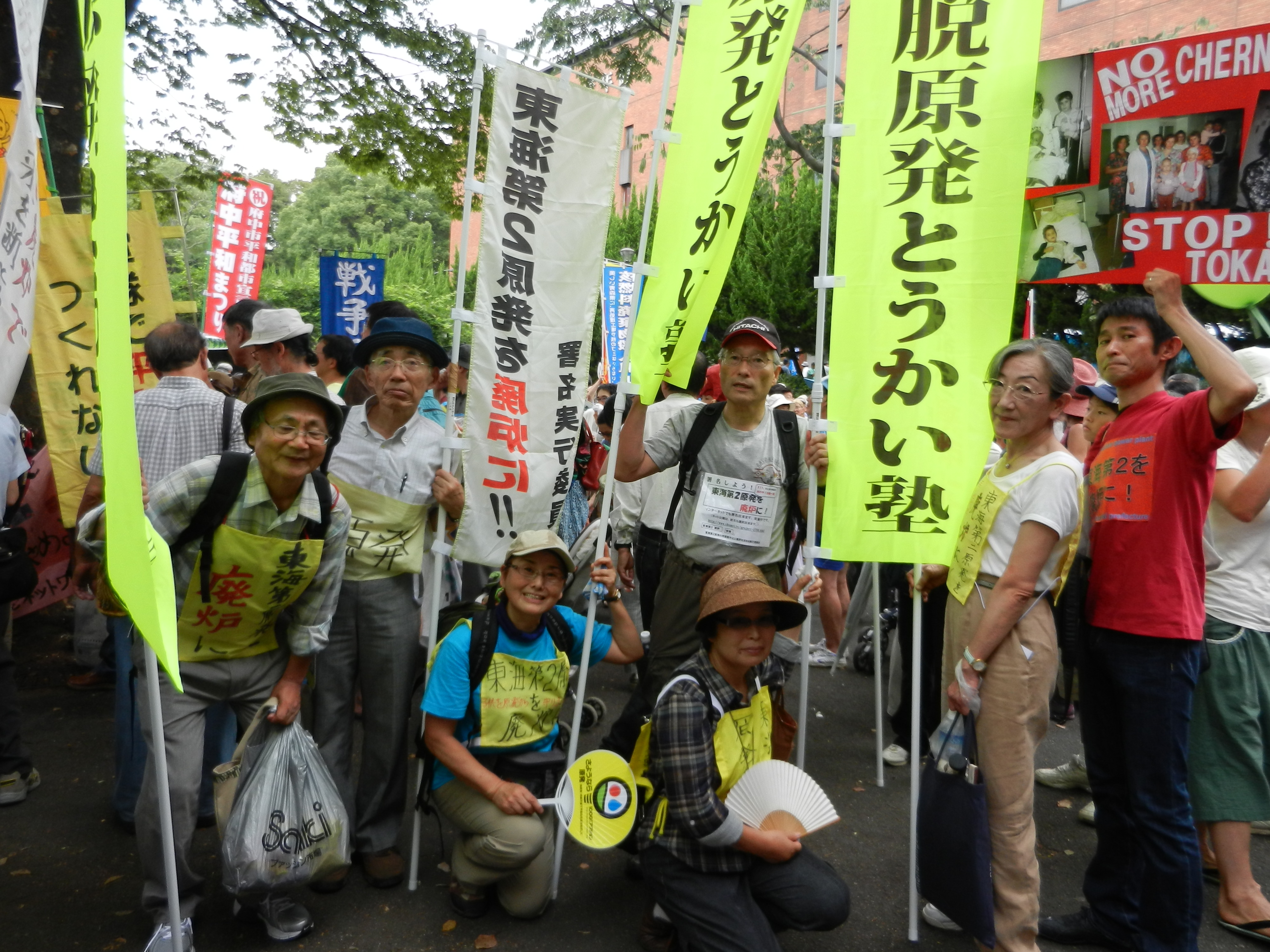 On March 11, 1997, Power Reactor and Nuclear Fuel Development Corporation (PNC; now Japan Atomic Energy Agency), located in Tokai Village, Ibaraki Prefecture, which is 100 kilometers north of Tokyo on the Pacific coast, suffered a fire and explosion. It was a serious nuclear accident in which 37 subcontractor employees were exposed to radiation. The establishment of the Tokai Anti-nuke Action Study Group was one response to this incident. The proposal statement of the establishment of the group was concluded as follows: “We hereby propose the establishment of this small group to review the current conditions of Tokai Village, in the area of village planning that could be independent of the nuclear power plants and reprocessing plant, having learned of the horror of accidents at nuclear facilities from the recent PNC explosion and exposure accident, and having noticed that the current “prosperity” of the village, surrounded by these dangerous facilities, is a mere falsehood which would collapse immediately if a major accident were to occur.”
The group’s first meeting took place on May 11 of the same year, and we began by meeting once a month thereafter. Initially our activities were mainly discussions and study sessions. The membership was about ten persons.
On September 30, 1999, JCO, a Tokai-based company engaged in nuclear fuel conversion, experienced a criticality accident. Three workers were exposed to severe radiation, two of them fatally, and more than 600 people in the village were exposed. At the time, it was the most serious accident ever to take place in the history of Japan’s nuclear development. The critical state lasted for 20 hours, causing extreme anxiety for people in the village and surrounding areas. They began to doubt the nuclear safety myth that “nuclear accidents would never occur,” which was commonly heard at the time. We believed that the nuclear era had been brought to a halt by this accident and that social trends were shifting toward denuclearization, and we therefore shifted our activities from learning-focused ones to more specific direct actions.
After the accident, we formed the JCO victims’ group, together with those living near the JCO plant, who suffered damage and health hazards, and helped them to file suit against the company. A member of the Tokai Anti-nuke Action Study Group successfully ran for a seat on the village assembly. After this election victory, the group started to issue a periodical newsletter named Hamabōfū (the name of a local flower). The quarterly enabled the group to communicate regularly with people both inside and outside the village.
In 2000, Ibaraki Prefecture started a health checkup program for people living near JCO. We hold a critical stance toward this program because the official purpose of the program is to relieve people’s anxiety, not to monitor the effects of radioactive exposure. Nevertheless, we started to survey the people undergoing the checkup by conducting a questionnaire at the venue to learn the opinions of the locals about the program and send the results to the Ibaraki Prefectural office.
On March 11, 2011, the Great Eastern Japan Earthquake occurred, followed by the Fukushima Daiichi Nuclear Station accident. One of the initial actions the Tokai Anti-nuke Action Study Group took after the accident was a campaign to collect people’s signatures against the restart and for the decommissioning of, the Tokai Daini Nuclear Power Station, which the village hosts. We were also committed to having similar petitions submitted to all local assemblies in Ibaraki Prefecture. Other actions organized by our group included rallies, in which people from municipalities both inside and outside Ibaraki Prefecture participated. As a result of these actions, 23 out of a total of 44 municipalities in Ibaraki Prefecture adopted the petition in their assemblies.
In 2013, based on the understanding that making the reality of Fukushima widely known is important for the promotion of denuclearization, we organized lecture and discussion gatherings, photograph exhibitions and various kinds of talks. In cooperation with other groups, we have been organizing the “Do Not Forget March 11! Eleventh Action Tokai” at the east gate of the JR East Tokai Station on the 11th of every month.
Currently, the Tokai Anti-nuke Action Study Group is administered by five representatives and has 50 subscribers to Hamabōfū. The quarterly is also delivered to 3,000 households in the village. In January 2016, the group member who had long been a village assembly member retired, and a successor is running for the assembly to take over the seat.